The conflict in the east of the Democratic Republic of Congo has worsened to such an extent that Congolese staff working for the independent medical organisation Doctors Without Borders (MSF) in North Kivu province now fear for their safety. 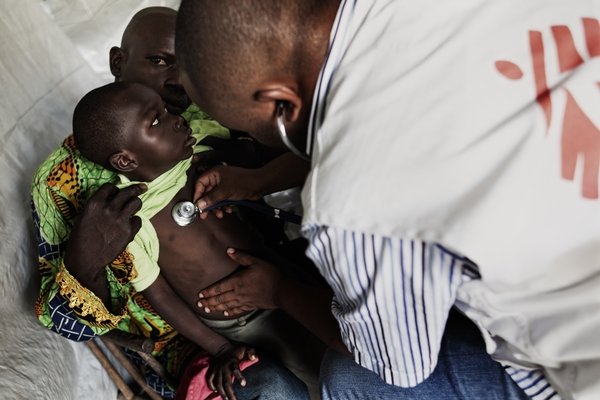 Most of the Congolese health workers and support staff employed by MSF in Pinga have fled after active fighting between armed groups in the area. Ministry of Health personnel have also fled together with around two thirds of the town’s population. Many are now hiding in the surrounding forests, their homes have been looted and an atmosphere of fear pervades the area. People now no longer have access to medical services such as treatment for severe malaria or assistance with a complicated delivery, which can have fatal consequences.

“It’s alarming that our Congolese colleagues are compelled to join the thousands of people currently displaced in the region. We’re very concerned about all those who have fled Pinga” said Jan-Peter Stellema, MSF’s Operations Manager. “It’s a strong indication of how fear has escalated, how people believe the situation will go from bad to worse. It also shows the increasing challenge to deliver medical aid to those in need.”

The unprecedented mass departure of many Congolese staff, and the ongoing fighting around Pinga have impacted on MSF’s ability to provide free emergency healthcare. It is now too dangerous for our team to reach the health centres outside Pinga town, but they have managed to send some medical supplies. In town, MSF’s international aid workers and their remaining Congolese colleagues have stepped into the local hospital building, focussing on critical cases, such as obstetric emergencies or patients suffering from gunshot wounds. Where possible, patients in a critical condition are now being transferred by plane to the provincial capital Goma.

The intensifying conflict has caused widespread violence in many parts of the province, provoking waves of displacement and extensive humanitarian needs in an already precarious region. The myriad of armed groups, complex patterns of displacement, and non-existent infrastructure mean that providing emergency medical care is extremely difficult. Despite this, MSF is committed to its projects throughout North Kivu province that care for thousands of people for free every month.

Find out more about MSF's work in  Democratic Republic of Congo. ​