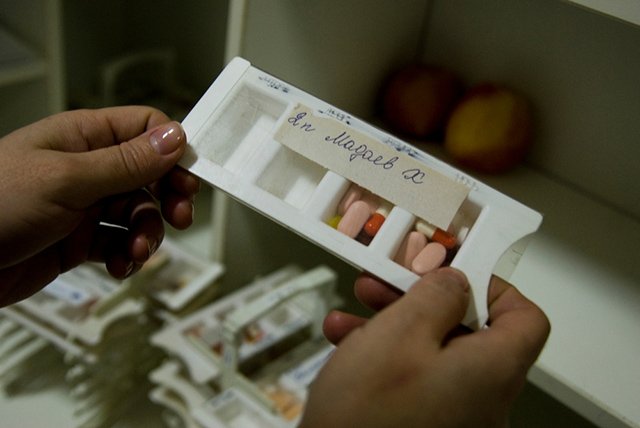 Doctors Without Borders (MSF) says a new combination of drugs created to treat extensively drug-resistant TB (XDR-TB) is having a significant impact on a group of patients who are in the midst of a two-year treatment to cure their disease.

In 2013, an MSF team in Grozny noticed that a growing number of patients with multi-drug resistant TB (MDR-TB) were not responding to second-line drugs, and there was no alternative medication available in the country to help them.

MSF approached the Ministry of Health with a proposal to tackle XDR-TB in a new way and in April 2014, began treating patients suffering from XDR-TB with a combination of second-line TB drugs and a new TB drug called bedaquiline.

Four additional re-purposed drugs recognised by the World Health Organization are also being used, including clofazimine (commonly used for leprosy), linezolid, amoxicillin/clavulanic acid and imipenem/cilastatin (commonly used for other infections). This combination of drugs has never been used before in the Russian Federation.

To date, MSF has initiated 51 patients on the new bedaquiline drug regimen. Over the course of the two year treatment each patient will receive a different combination of drugs according to the severity of their illness. The 28 patients who require imipenem/cilastin are being treated in hospital because they need a surgical procedure to insert a catheter to administer the drug.

MSF is now in the process of handing the management of its drug sensitive and multidrug-resistant TB patients back to the Ministry of Health in order to focus its energies on its XDR-TB patients. Dr Animesh Sinha says that the first outcomes look very promising: “With the new regimen we have seen excellent results that would have been unthinkable before.”

MSF has also started treating patients suffering from both TB and diabetes, as people who suffer from the latter can be more prone to contracting TB. A total of 12 patients are currently enrolled in the programme.