Mali: MSF continues its activities in Timbuktu despite insecurity 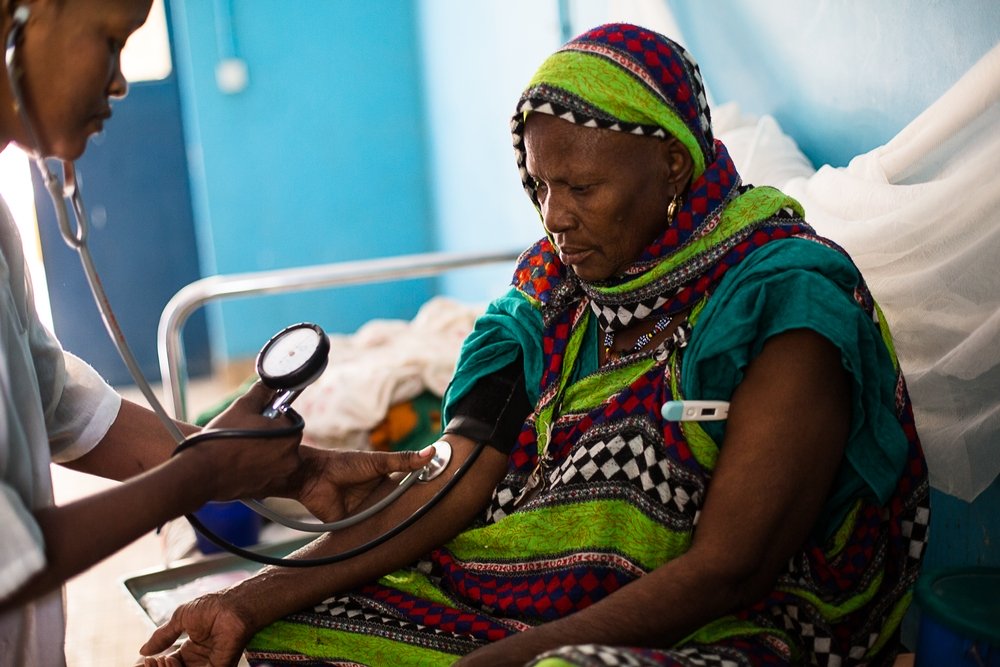 2014 was a year marked by growing insecurity in north Mali because of fighting between the army and rebel opposition groups, some of them jihadist.

While the principal targets are military (MINUSMA, Barkhane[i] and the Malian army), the last three months of the year saw a significant increase in the number of security incidents involving aid and other international organisations in the north of the country.

With its low population density (0.56 inhabitants/sq.km in Timbuktu), health facilities in the region are very remote. This, added to the insecurity, results in people having little access to medical care.

Malaria (2 million cases recorded in 2013) and malnutrition are major public health issues in Mali. In the north, there is a shortage of emergency obstetric care and the system for referring seriously or critically ill patients to the hospital is inadequate.

Health services – which have to be paid for – are struggling to ensure continuity and quality of care as personnel and equipment are unevenly distributed or, in some areas, almost inexistent.

Between 2012 and the end of 2014, our teams gave close to 200,000 consultations, with over a quarter (27%) for malaria, vaccinated more than 6,200 children against measles and treated 4,084 children suffering from malnutrition.

MSF also worked in Timbuktu’s regional hospital (72 beds) where, during the same period, around 1,600 children were hospitalised (over 500 with severe malnutrition), over 3,200 deliveries were attended and 1,056 patients had surgery.

But, since 2014, we have been forced to reduce our activities. Deteriorating security, explosive devices on roads and the risk of carjacking (MSF was itself a victim in March 2014) prevent us from continuing our supervision of some outlying community health centres, for example.

Similarly, as it is difficult to set up a system to refer patients to hospitals, these are now working at only 60% of capacity. And, because of the problems patients have in getting to the hospital, those who succeed usually arrive in very poor health and often too late.

In spite of all this, MSF continues to fully support three community health centres on the outskirts of Timbuktu with primary, emergency obstetric and neonatal care, immunisation and nutrition programmes.

We also refer patients from the community centres to the referral health centre, where we have set up consultations for chronic diseases, and to Timbuktu regional hospital where we support intensive care services, the emergency room, operating theatre, surgery, maternity, paediatrics-nutrition and internal medicine units.

MSF’s other activities in Mali
Since 2009, MSF and the Malian Ministry of Health have been running a paediatric programme in the south-east of the country in Koutiala (575,000 inhabitants, 200,000 of whom are aged between 6 months and five years) where rates of infant mortality — principally from malaria-related causes — and acute severe malnutrition in children aged between 6 months and five years are extremely high.

MSF has set up a paediatric and nutrition unit in Koutiala’s referral health centre. The number of beds varies from 200 to 400, according to the time of year and the seasonal malarial peak.

MSF also supports five of the district’s health zones to increase access to primary care for rural communities and implements annual seasonal malaria chemoprevention (SMC) — 510,000 children were provided with treatment between 2012 and 2014.

In March 2010, MSF set up a pilot project in Konseguela health district to deliver a basic package of preventive and curative paediatric care associated with regular follow-up consultations for children under the age of 2.

The objective is to promote normal growth and prevent numerous premature deaths (over 44,700 consultations to monitor well infants have been provided since 2010 and almost 13,000 bed-nets distributed since 2011).

After the first case of Ebola was ‘imported’ into Mali, eight further cases (six people died) were declared in October 2014.

Working in Yanfolila and Sélingué (Sikasso province) health districts near the border with Guinea, MSF set up a 10-bed Ebola treatment centre in Koutiala and trained staff, built/refurbished two transit/observation sites and supported 24 community health centres with training, donations of supplies and equipment in Yanfolila and Sélingué, implemented an alert/surveillance system and an adapted response. The programme was closed in February.

[i]MINUSMA: United Nations Multidimensional Integrated Stabilization Mission in Mali. An operation led by the French army, Barkhane aims to combat armed Salafi Jihadists throughout the Sahel region. Launched on 01.08.14, it follows on from French military operations Serval and Épervier.