Empower people living with HIV to beat the disease. 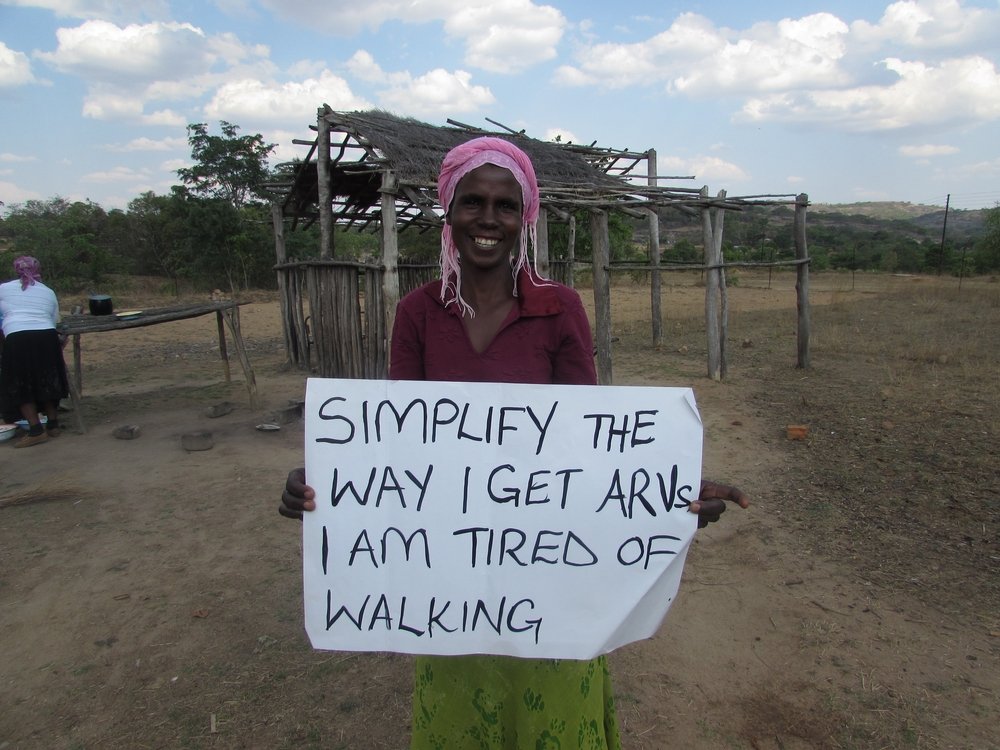 JOHANNESBURG – South Africa’s response to the HIV epidemic is seriously under threat without the empowerment of patients, enabling them to take more responsibility for their own health, and committing more resources to health, warns the international humanitarian organisation Médecins Sans Frontières (MSF) ahead of World Aids Day.

A paradigm shift within health systems that puts people’s needs and realities at the center of the strategy against HIV/AIDS is urgently needed. The implementation of the latest WHO guidelines allowing earlier treatment initiation from January 2015 will lead to a surge in the number of people eligible to start antiretroviral treatment. Whereas South Africa is already managing the largest antiretroviral program in the world with 2.4 million South Africans on ARV in 2013, the number could reach up to 4.2 million in 2016.

While this welcome move will slow HIV transmission overall, it will also bring an additional burden to an already overstretched health system that will struggle to initiate and manage all these extra people.

“The old system of seeing every person with HIV/AIDS every month in a clinic must change to help retain more people in HIV care and give clinicians more time for those who need them most. There is no one size fits all in the fight against HIV: the health system must be flexible so as to adapt to people’s needs instead of forcing people to adapt their lives to the system”, says Amir Shroufi, MSF’s Deputy Medical Coordinator for MSF in South Africa.

The daily barriers ordinary people experience to access and stay on treatment occur at nearly every stage of the process: getting tested for HIV, linked to care, initiated on antiretroviral treatment, and kept on treatment for life. It is only when someone is retained in lifelong, daily treatment that he or she is no longer infectious, making this aspect a central emphasis of HIV care. However, the South African program is lacking in this regard, with only 59.7% of patients surveyed by SANAC retained in care in 2012.

MSF has piloted a number of patient-centered models in South Africa, in partnership with government, that can significantly improve this situation by creating extra capacity in the system, allowing for more people to be initiated as well as increasing the chances that they remain on treatment. For example, the adherence clubs model where groups of patients quickly and collectively collect their drugs is currently implemented independently from MSF support in the Western Cape, Free State, Gauteng and Mpumalanga.

In Khayelitsha it has shown retention in care as high as 97% after four years on treatment, against 85% of patients with the same profile who remained in the mainstream health system. Other community-based strategies have shown good results: proactive door-to-door HIV testing in Eshowe district in KZN has contributed to a total of 81.4% of district residents having taken an HIV test within the past six months whereas only around one in five South Africans were tested nationwide in 2012, falling far short of National Strategic Plan targets.

Both in KZN and Western Cape MSF projects, patients who are failing their treatment are also provided with innovative interventions by clinic staff, demonstrating significant reductions in the loss to follow up.

South Africa is at a crucial point in its fight against HIV/AIDS. The National Department of Health has made impressive achievements in getting more people on ARVs and formulating stronger national policies, but implementation at the provincial level is often severely lacking. “In short, quantity has increased but quality is under threat”, says Tom Ellman, director of MSF’s Southern Africa Medical Unit (SAMU). Two hundred thousand people in South Africa still die every year of HIV related causes as a result of these problems.

MSF is calling on all partners to proactively support and fund people-centered strategies against HIV. Civil society has a critical role to play in terms of providing accountability when things go wrong, and in empowering patients to have their voices heard. MSF, therefore, urges the South African public to recognize the Treatment Action Campaign as a key actor to support and monitor the fight against HIV/AIDS.

MSF is actively supporting TAC’s fundraising drive to keep it from closing its doors, which would have a disastrous impact on South Africans’ health.

MSF currently supports HIV treatment for 341.600 people throughout 20 countries. It has been working on HIV in South Africa since 1999.

Find about more about MSF's work in South Africa.

“People need information.” Teaching how to test in the time of COVID-19

South Africa: MSF stands by the findings of assessments at the Strandfontein shelter