120,707 people signed petitions urging the corporation to drop the price

The pharmaceutical corporation Johnson & Johnson (J&J) today announced a reduced price of nearly R26 (US$1.50*) per day for tuberculosis (TB) drug bedaquiline, which is an important step that should allow more people with drug-resistant forms of TB (DR-TB) to access this life-saving drug. But the price should come down further and be extended to more countries, Doctors Without Borders (MSF) said today.

MSF has been pressuring J&J on the price of the drug since it came to market in 2012, and launched a global campaign alongside people with TB and civil society last year, urging J&J to cut by more than half the price it charges for the drug in low- and some middle-income countries to nearly R17 ($1/day). 120,707 people signed petitions calling on J&J to drop the price.

The World Health Organization (WHO) recommends the oral drug bedaquiline as the backbone of DR-TB treatment, to replace older, more toxic drugs that have to be injected daily and can cause severe side effects, such as deafness. In light of the COVID-19 pandemic, WHO has further advised countries to treat people with DR-TB in the safety of their homes by using all-oral regimens including bedaquiline instead of injections that require people to go to clinics. The older, longer DR-TB treatment used by many countries up to now required people to take up to 14,000 pills for nearly two years, and to endure up to eight months painful daily injections.

“Not only are the older drugs that have to be injected painful and can cause severe side effects, but they also require people to travel to health facilities every day, putting them at increased risk of COVID-19 infection. With a reduced price, governments must urgently scale-up the use of bedaquiline as a core part of all-oral DR-TB regimens. Let’s not waste a minute putting an end to the suffering of people with DR-TB.” 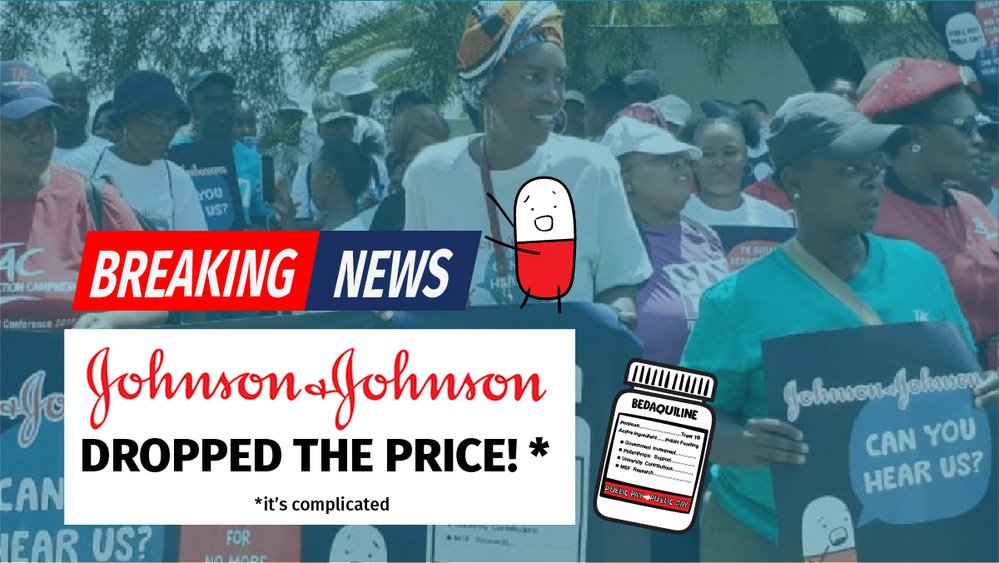 “As the world reels from the COVID-19 pandemic, access to affordable treatment with bedaquiline is the need of the hour for people with DR-TB,” said Dr Pilar Ustero, TB Advisor at MSF’s Access Campaign. “Not only are the older drugs that have to be injected painful and can cause severe side effects, but they also require people to travel to health facilities every day, putting them at increased risk of COVID-19 infection. With a reduced price, governments must urgently scale-up the use of bedaquiline as a core part of all-oral DR-TB regimens. Let’s not waste a minute putting an end to the suffering of people with DR-TB.”

The price charged by J&J for bedaquiline has remained a critical barrier to countries scaling up this lifesaving treatment, especially considering bedaquiline is just one of the multiple drugs required in a DR-TB treatment regimen. Given the substantial taxpayer funding J&J received for this drug’s research and development from the United States (US) and other countries, MSF and others have been calling for the corporation to lower the price to increase people’s access. A study conducted by researchers at Liverpool University showed that bedaquiline could be produced and sold at profit for as little as R4 ($0.25) per day.

“J&J didn’t develop this drug alone,” said Sharonann Lynch, Senior HIV & TB Advisor for MSF’s Access Campaign. “Bedaquiline was developed with considerable taxpayer, non-profit and philanthropic support – J&J received public investments in the hundreds of millions of dollars, including grants from the US government and various financial incentives, and treatment providers like MSF contributed to the research on the drug. J&J should not be charging high prices for this drug anywhere.” 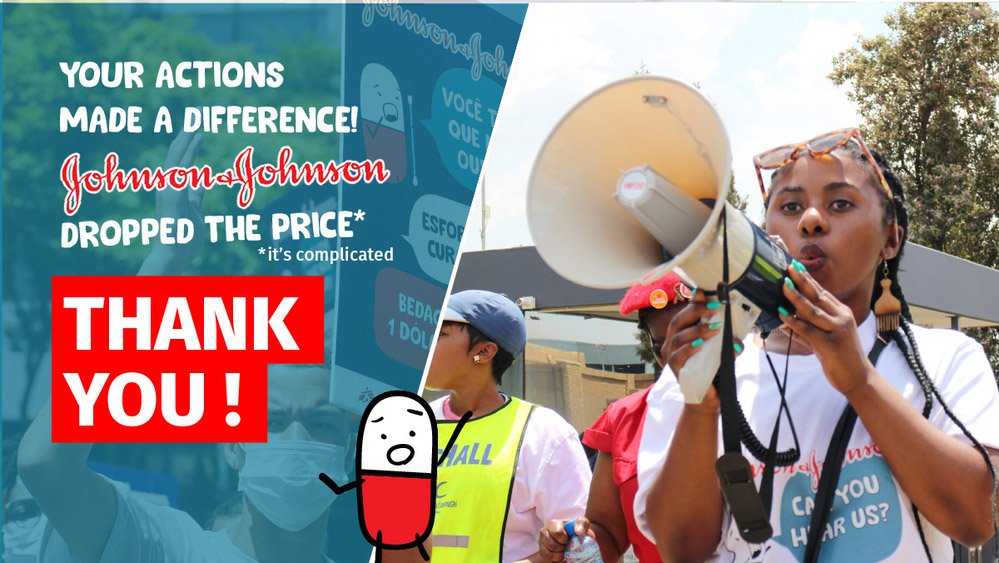 The newly reduced price is 32% lower than the previous lowest price, available to a list of countries determined by J&J, and tied to purchase commitments made through the Global Drug Facility (GDF), an organisation run by the Stop TB Partnership that supplies TB drugs to low- and middle-income countries. Countries who do not purchase from GDF are not eligible for the lower price and continue to face higher prices charged by J&J or from its Russian commercial partner Pharmstandard for some countries in the Commonwealth of Independent States. For example, the Russian Federation pays over R132 ($8) per day for bedaquiline, which is significantly higher than the price available now to countries eligible for the reduced price of nearly R26 ($1.50) per day.

MSF called on J&J to further reduce the price and offer the lower price to all countries with a high DR-TB burden so that more lives can be saved.

J&J is currently the sole manufacturer of bedaquiline and has patented the drug in most countries, controlling the price at which it is sold. J&J’s monopoly blocks other manufacturers in India and elsewhere from producing and supplying more affordable generic versions. While the corporation’s patent on the base compound of bedaquiline expires in 2023, it has resorted to 'patent ever-greening' by filing additional patents to extend its patent monopoly on the drug to 2027 in many TB affected countries.

Generic manufacturers say they can produce more affordable versions starting in 2021 but are blocked from entering the market by J&J’s patent. MSF has been calling on J&J not to enforce its patents on bedaquiline and cease its efforts to prolong its monopoly through patent extensions that would further delay the availability of quality-assured generic versions of the drug.

“We’ve protested outside of J&J’s global headquarters and its offices around the world, alongside people who have survived TB and its painful, arduous treatment, urging the corporation to drop the price of this lifesaving drug,” said Lara Dovifat, Campaigns and Advocacy Advisor at MSF’s Access Campaign. “While we anxiously wait for more affordable generic versions of bedaquiline to become available, we want to urge governments to make sure their people with DR-TB get today’s best-possible treatment, and today’s price reduction is a helpful step.”

* Calculations are based on 32% reduction on the previous price of nearly R6806 ($400) for a six-month treatment course.

MSF is the largest non-governmental provider of TB treatment worldwide and has been involved in TB care for 30 years, often working alongside national health authorities to treat people in a wide variety of settings, including chronic conflict zones, urban slums, prisons, refugee camps, and rural areas.

As of September 2019, across MSF projects in 14 countries, more than 2,000 people have been treated with the newer drugs, including 429 with delamanid—the only other new TB drug developed in more than 40 years—1,517 with bedaquiline, and 429 with a combination of both medicines. Globally, an estimated 484,000 people developed DR-TB in 2018, but only 32% were treated.

Eswatini: Responding to COVID-19 in a country already fighting a dual HIV/TB epidemic

The global report on tuberculosis from the World Health Organisation