Eswatini - More than a quarter of multi-drug resistant tuberculosis (MDR-TB) strains isolated in a national survey in Eswatini carry a mutation that is undetectable by the advanced rapid molecular diagnostic tests currently in widespread use, according to a letter published in the New England Journal of Medicine by MSF and the Research Center, Borstel, Germany this week.

Rapid molecular tests such as the WHO-recommended XpertMTB/RIF assay are the first-line method for identifying cases of MDR-TB and controlling the spread of the disease in Swaziland, the country with the world’s highest TB prevalence.

“These diagnostic tests are our front line of defence in fighting drug-resistant TB,” said Alex Telnov, HIV/TB referent at MSF. “Accurate, rapid test results mean that we can start people on treatment that targets the specific strain they are infected with, which in turn increases their chances of survival and helps prevent transmission of drug-resistant infections. To learn that we could be missing so many cases means there is an urgent need to adapt our detection approach to MDR-TB in Swaziland.”

Epicentre, an MSF-affiliated research center, together with the Research Center in Borstel, Germany, analyzed TB strains collected in 2009-2010 during the most recent national TB drug resistance survey in Eswatini. A genotyping analysis found that 30 percent of the 125 MDR-TB strains recovered from the survey carry a specific genetic mutation, called rpoB (I491F), that had been identified previously in rare strains from Hong Kong and Australia.

This mutation is not only resistant to the key first-line TB drug, rifampicin (RIF), but is undetectable by the XpertMTB/RIF assay. This assay is used throughout most of Eswatini as the standard screening test for TB and MDR-TB, as per WHO recommendation. 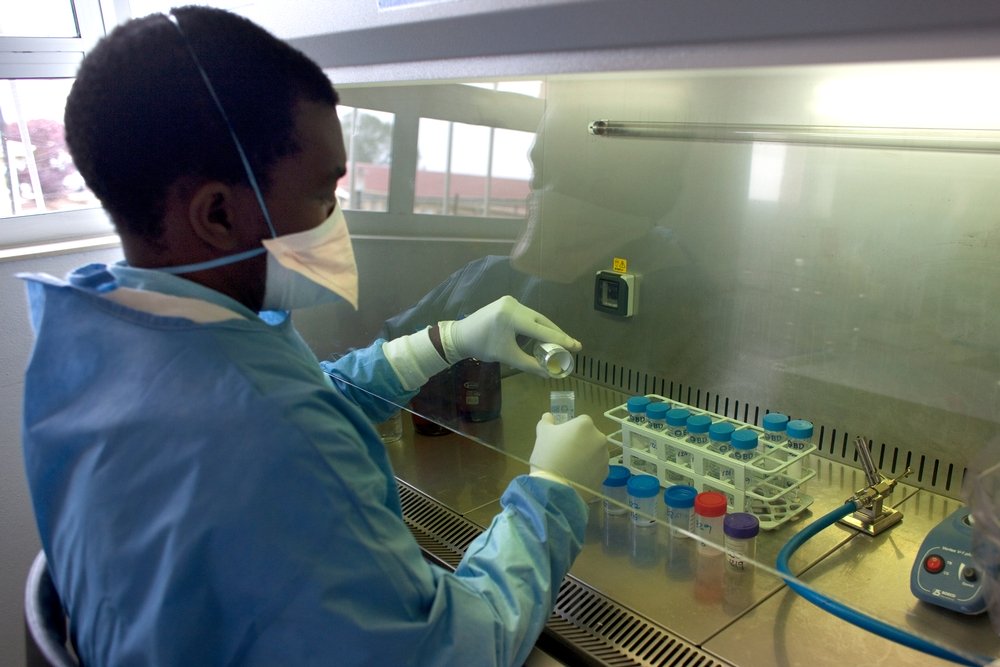 “The high proportion of the circulating strain with I491F mutations poses a significant public health challenge that must not be ignored,” said Stefan Nieman, at Research Center Borstel and the German Center for Infection Research. “By missing these diagnoses of drug resistance and therefore under-treating patients, the likely consequence is further transmission of this difficult-to-treat strain.”

The results of the analysis are particularly problematic in a country where 26 percent of adults have HIV (the world’s highest prevalence), and 80 percent of TB patients are co-infected with HIV. This is especially worrying in Eswatini, where the 2009-2010 survey showed that TB patients who also have HIV are more likely than those who are HIV-negative to be infected with MDR-TB.

As a result of this new research, MSF recommends that all patients in Swaziland who have tested positive for TB but who test negative for drug resistance with the XpertMTB/RIF test undergo additional drug susceptibility testing. It is also essential to conduct studies that can determine whether this rpoB (I491F) mutation is present in neighboring countries such as South Africa or Mozambique.

“If we’re facing wide distribution of this strain in Southern Africa or elsewhere, it is imperative that the rapid molecular tests we currently use, as well as those under development, be adapted to detect a wider range of mutations,” said Maryline Bonnet, a researcher at Epicentre.

MSF has been present in Eswatini since 2007 to support the Ministry of Health in fighting the dual epidemics of HIV and TB in the small landlocked kingdom. Swaziland has the highest estimated HIV prevalence in young adults (26% of 15-49 years old), and the highest estimated TB incidence rate (1’350/100’000 per year) and a co-infection rate of 74 percent.

In 2014, a total of 904 patients were put under TB treatment at MSF facilities. Out of 77 patients enrolled for DRTB treatment, 57 of them were MDR-TB patients.

Find out more about MSF's work in Eswatini

Eswatini: Responding to COVID-19 in a country already fighting a dual HIV/TB epidemic

MSF hands over its Manzini project, continues activities in Shiselweni.