Josie and Anup are an MSF nurse and logistician who are working against the clock to design a new piece of kit which could save vital time in an emergency. In their last post, with just one day left of the project, their prototype failed. In their final instalment, Josie and Anup blog about what happened next…

Our enthusiasm was low after such disappointing results earlier in the day. However Idriss had arrived in the office with his colleague Kim (who'd come to document the project), and we talked them through the process and showed them what we’d been up too.

Idriss was the person who had come up with the proposal for the whole project, and applied for the funding, so it felt really good to show him how far we’d come and what we’d learnt over the last three and a half weeks. However, it was also heart-breaking knowing we didn’t have a final design for our prototype yet!

Idriss was really happy, asked several questions and at the end said he although he was excited about the big reveal, for him the project was already a success! His timing was perfect. It was the boost we needed!

Kim and Idriss left and we cracked on. The clock was officially ticking: we had 24 hours, so by this time tomorrow we needed to have a final prototype. Back to the whiteboards!

We went over everything we knew that worked and tried to adapt our designs to fit as many of the criteria as possible. We stayed late throwing ideas around.

The solution had been in front of us the whole time

We liked the idea of using a clip on the waistband to tighten and loosen it around the IV fluid bags. It turned out the solution had been in front of us the whole time! The clip we decided on  was actually part of the IV fluid giving sets.

'Giving sets' is the name for the plastic tubing that is used to administer IV fluids to patients. We realised we could use another clip from the set to keep the waistband tucked away when the Land Cruiser was used for cargo and passengers, rather than as an ambulance. All this meant that the clips, the parts of the IV fluid holder most likely to break or get lost, would be easily replaceable in the field.

We knew Friday was going to be tight, but decided that for now we were done and a quick drink was required.

The final count down

We all arrived at the workshop early and made a plan. We had until 5pm.

Anup headed to the workshop to make a spine. He also pointed out it would need a rubber backing to make sure it wasn’t constantly banging against the side of the Land Cruiser and driving everyone inside crazy.

Nils was busy modelling our new bracket so it could be printed on the 3D printer.

I needed to find a toggle for the waistband. After looking at several ideas, many of them used on laces for trainers, it was my rucksack that finally gave us the solution. With time being short we took the toggle straight off my rucksack and used it for the final prototype.

By mid-morning we had the spine and the toggle. The 3D print of the bracket had been started; it would take four hours. That meant it would finish just on time for us to put the prototype together and then present it.

Now we had to figure out how to attach the waistband to the spine. The whiteboards came into use again: how was product design done before whiteboards?

Then suddenly while discussing these ideas, Nils noticed the hum of the 3D printer had gone silent. It had been on a timer and stopped over a third of the way through our print! It had to be completely re-set and we’d lost two hours of time!

Things were not looking good.

To try and speed things up a little every now and then Nils increased the speed of the printer, however this can reduce the accuracy of the print. There was nothing we could do except wait and hope it would turn out ok.

Moving back to needing to attach the waistband (which was made out of thin electrical wire which is easily found in MSF projects) to the spine we eventually came up with idea of using a cover that would fit onto the bottom of the spine and secure the band. This required another 3D printer! We only had one.

Luckily there is another company with a 3D printer in the building.

The day flew by with us coming together to discuss things, then splitting off to complete various tasks and regular checks on the 3D printer, calling out the percentage printed almost every 10%.

Half an hour before the big reveal, we started organising all our photos, personas, work flows, scenarios and prototypes.

The 3D printer was still going.

We managed to get everything up and on the walls to present our three weeks of work and to highlight the decisions we’d made and why. At five pm Idriss and the team arrived for the presentation. At this point the 3D printer had finally finished and the three of us ran to the workshop to fit everything together.

Everything that could have gone wrong in the workshop did: we couldn’t find the right tools, we cut things too short. And then suddenly, each taking turns to fit the last few bits, it all fell into place and we had our final prototype!

With a quick cheer and high fives all round we headed back to the office to fit it into the Land Cruiser and start presenting. There was no time to test it; we would have to do the first test in front of everyone.

It not only worked, but it worked in every way we had hoped it would

The presentation went well and going over the last three and a half weeks of work and the decisions we had made re-affirmed the reasons why our current prototype was the best one for the job!

Then it came to the testing. We were all excited and nervous and hoping we’d managed to produce a prototype that highlighted everything we’d learnt over the past three and a half weeks.

It not only worked, but it worked in every way we had hoped it would. Everyone had a go at putting the IV fluids on and off the new holder, it felt so good not only to do it, but to see other people that had not hung IV fluids use the holder easily. We’d nailed it! 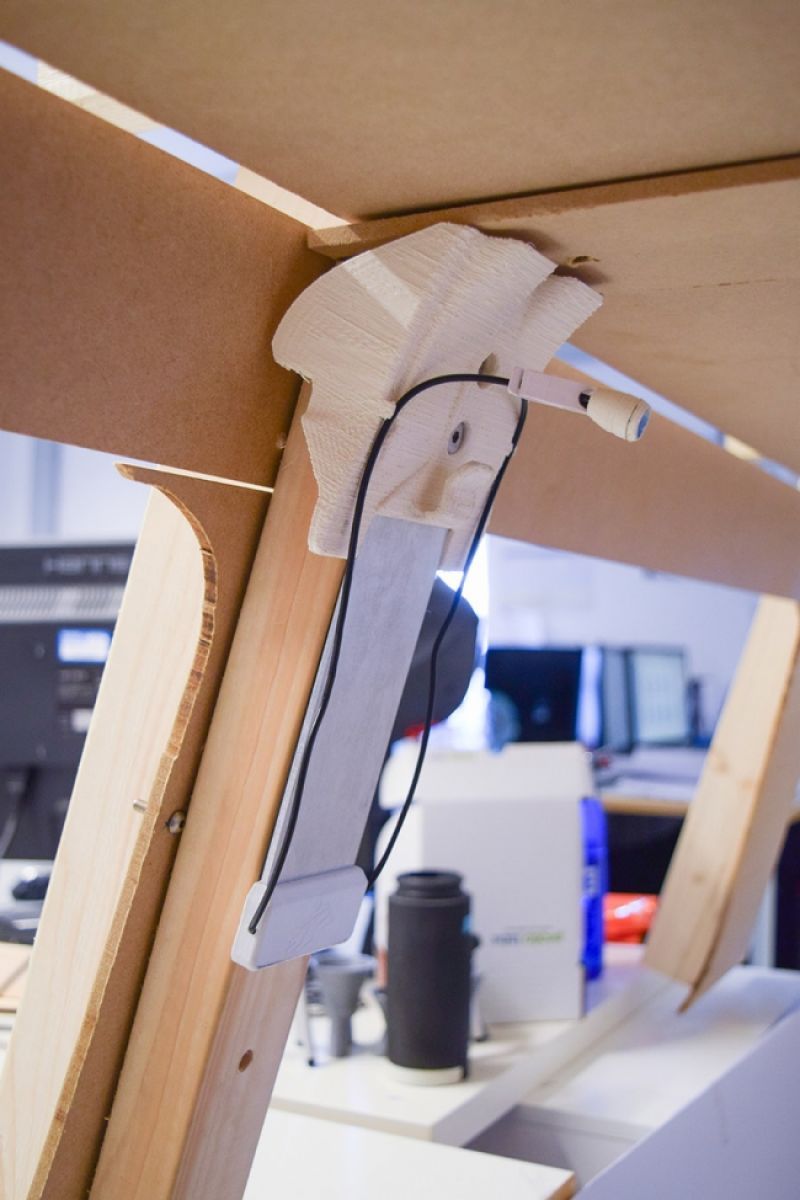 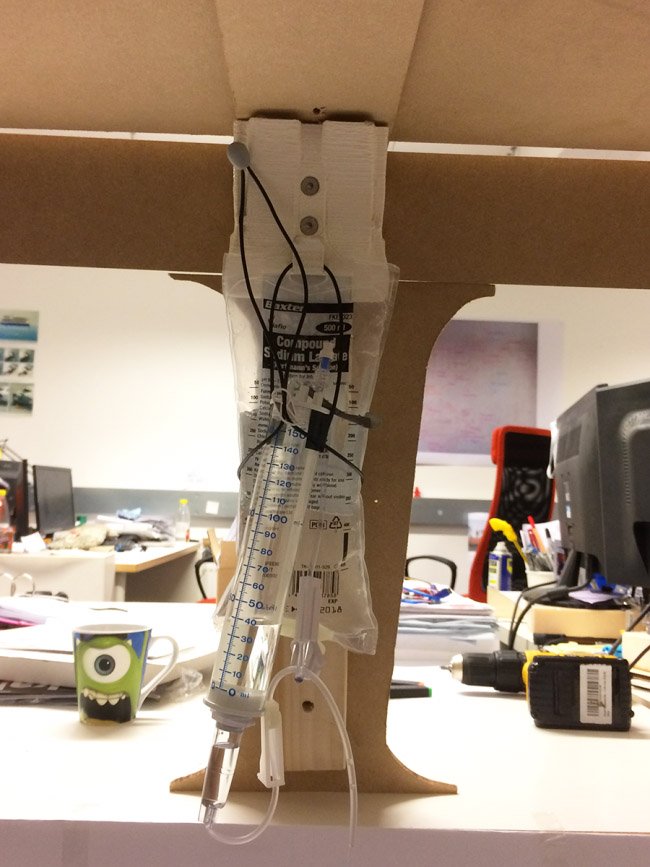 Although it felt like we were done and that the task was complete, it’s actually only just begun!

Now the real testing begins. We'll be fitting the prototype into an actual Land Cruiser, as no matter how realistic we made our wooden version, complete with windows, bench, handrail and patient, it doesn’t quite have the same fittings as a real one.

From there it should be possible to model up several IV fluid holders to send out for field testing, and hopefully this will lead to the ultimate goal of every Land Cruiser having IV fluid holders pre-installed. But at least the first step is complete!

We would like to say a huge thank you to: