Mediterranean: Testimonies from Eritreans rescued by the Argos

“My name is Tufay Basfil and I’m from Eritrea. I’ve been on the road for five years in a bid to escape my country's military regime. In Eritrea, everyone has to do military service, which never ends. Officially we must serve ten years – but even after ten years, it may not end. There’s no proper salary: we get about US$10 per month – not even enough to feed our families.

I left Eritrea on my own and travelled on foot to Camp Number 26, just over the Eritrean border in Sudan,  The refugee camp contains only Eritreans. I stayed there for five years. As soon as the police found out that someone was working, they would ask for bribes and money, so eventually I decided to leave.

It took us seven days to get from Sudan to the Libyan border. There were about 30 of us in a pick-up truck. The driver was going very fast and two people fell off, but he didn't even stop. Lots of people died along the way.

Near Benghazi, we were stopped and questioned by Libyan militiamen, who were beheading non-Muslims.

Once in Tripoli, waiting for a boat that would take me to Europe, I was imprisoned for five months by people smugglers. If anyone dared to ask for anything, the smugglers would give us electric shocks or shoot in the air right above our heads, so the bullets fell back down around us. Others would beat us or burn us.

Once a day, we were given one small portion of pasta to share between ten men. There wasn’t enough, and some of us didn’t even get one noodle. The only water we had to drink was foul and salty.

It was very violent in Libya. Even if women were pregnant, they didn't care. One woman lost her three-year-old child just three days before we got on the fishing boat.

All I want is to live in peace.” 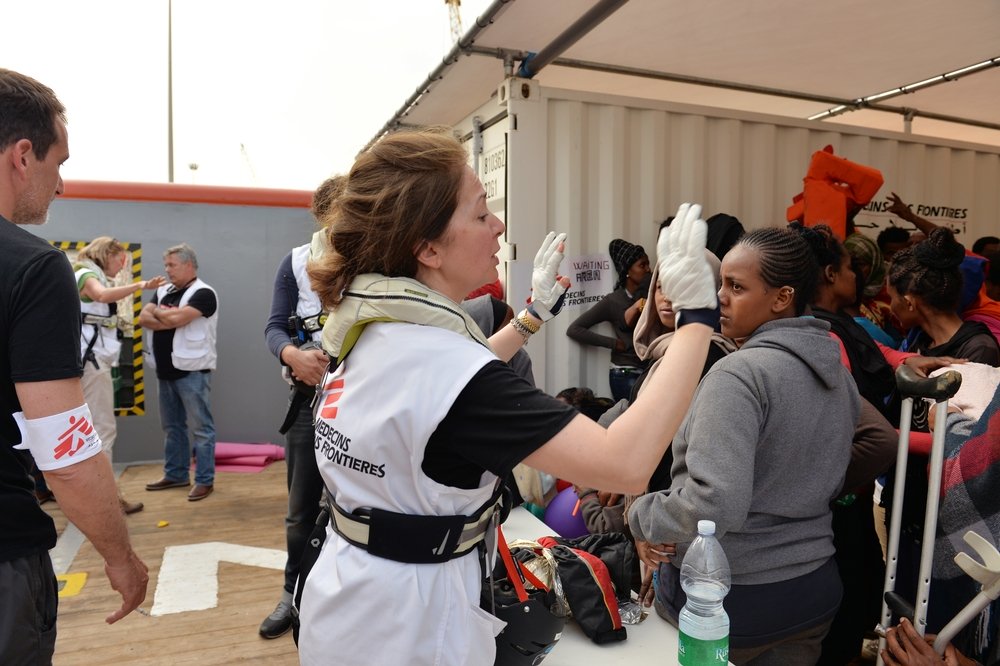 “Nearly two years ago, I fled from Eritrea where I was doing military service near Asmara. I made my way to a refugee camp, in Ethiopia, where I stayed for 15 months. After that, I went to Sudan, where the border police caught me and returned me to Ethiopia.

I was beaten by both the Sudanese and Ethiopian police. The Sudanese police took all my money and other possessions – they said it was because I was Christian.

After a few days, I returned to Sudan. This time I was arrested by the Rashida people, who said I had to pay US$2,500, and they raped a woman who was with me.

My family in Eritrea had to collect together enough money to pay the ransom, to save me from being killed. I remained with the Rashida for a month, until I was released in Khartoum, where a kind man gave me food, clothing and the chance to communicate with my relatives in Eritrea.

Three weeks later I made my way to Libya, via the Sahara. On the first day of the journey we were robbed, and the women with us were raped.

After three days, we crossed into Chad, where the Chadian military took the four cars in our convoy. I jumped out and spent two days and two nights in the desert, without food or water.

After two days walking, I reached a Libyan border town. On the way, the Libyans killed five men who were with me for crossing the border illegally. After that, I worked for one month for a man who took people to the sea, and then I was free to continue to the coast.

At the coast, I boarded a ship, where the police caught me and arrested me for working for a people smuggler. They took me to a police station, beat me, and half-starved me for a week. I escaped from that prison, and managed to get a place on the boat that was rescued by MSF.

Most of my companions are still held in Libyan prisons, in dreadful conditions. Some of them are dead. Altogether I saw seven men die on my journey here.”

Nowhere to go but the sea

“He just kept running, despite the wound and the bleeding” – A 20-year-old Libyan man tells his story after I removed shrapnel from his torso