Tuberculosis: “I’ve been sick for more than 15 years – my goal is to be cured.” 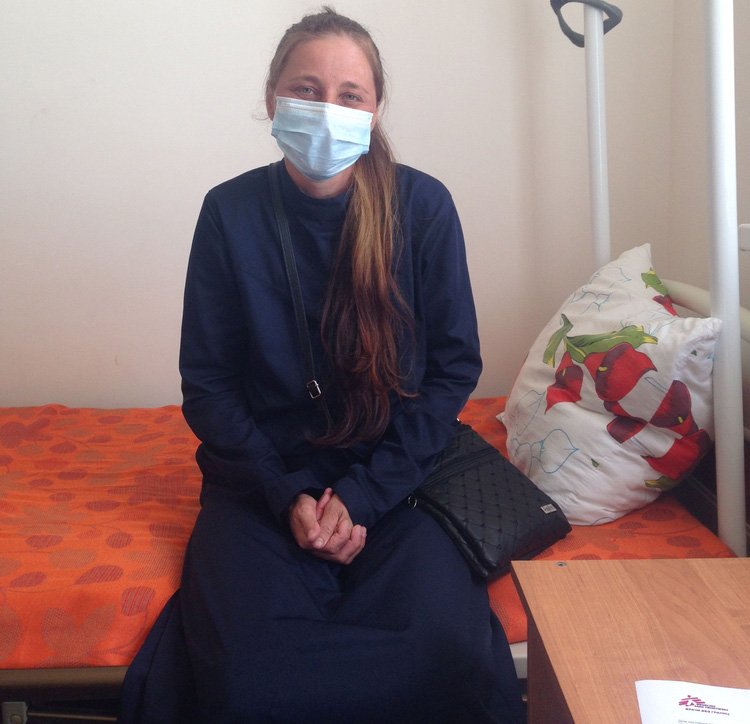 With the introduction of the new drug regimen containing bedaquiline, Elena began her new treatment in October of 2014. Within two months her culture tests showed she was negative for tuberculosis. She no longer has a cough or fever and has gained 10 kilograms. Elena will continue this new regimen until October 2016.

In 2001, I started to feel weak and irritable. After I started spitting blood I went to the hospital and was diagnosed with tuberculosis. At the time there was a war on in the Republic and so I couldn’t receive adequate treatment. In 2002, I was able to travel to the city of Cheboksary where I underwent a full course of treatment and was declared cured and discharged six months later. When I was first diagnosed with tuberculosis I wasn’t worried because it was a curable disease.

I had a relapse in 2004. In 2006, I had another relapse and underwent treatment again and was in relatively good health for 5 years. But from 2011 on - I suffered more relapses.

When I was diagnosed with a form of tuberculosis that is hard to cure I was very worried, I was very upset. The doctors also found a lung cyst. I had suicidal thoughts and I even asked for an injection to end my suffering.

When I was put on this new drug regimen I gained hope that I could be cured. I became cheerful and I want to live. I know this treatment will help me and if I stop it, nothing will help me. I’ve been sick for 15 years, I have no personal life. My goal is to get cured!

Find out mor about MSF's work in Russia