CAR: MSF brings aid intervention to a remote area in the north-east of the country 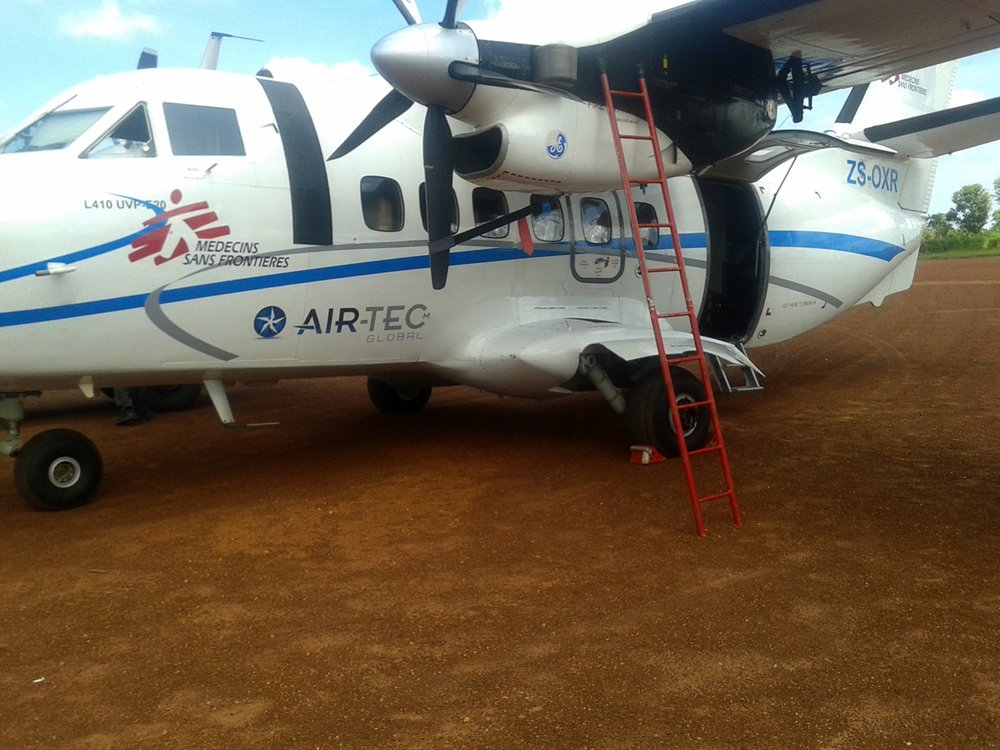 MSF’s emergency team in the Central African Republic (CAR) has carried out a brief intervention in the remote north-eastern province of Vakaga, where humanitarian aid has been scarce despite the clear effects of years of conflict and displacement and the shortage of health resources in the area, which is home to about 70,000 people.

“When we arrived the first week of September we found a very precarious situation as regards healthcare. The community provided us with mortality data that were very alarming, more than twice what is considered an emergency situation”, said the head of the medical intervention, Chiara Domenichini.

Currently there is only one humanitarian organisation working in the area.

In some centres there were no stretchers and we found an old emergency operating theatre from MSF’s last intervention five years ago, but it had almost no roof and operations were being performed practically outdoors”, added Domenichini, who also revealed that some cases of leprosy were detected.

It was a member of the community that who raised the alarm about the situation in the area, after travelling several days to cover the 300 kilometres between Gordil and Ndele, where MSF has one of its regular projects.

According to Domenichini, some patients hazard covering the distance to reach the MSF health facility, “but making the trip in the rainy season is very, very difficult.”

After two weeks of activity, the MSF team has done support work for five health facilities located in the towns of Gordil, Ndiffa, Melé, Sikikede and Haifa, to which it has also donated medicines.

Training sessions have also been held for 80 staff members from the Ministry of Health to improve care for local people.

“We have delivered medicines and equipment to treat the most common diseases: malaria, measles and respiratory ailments”, said the medical officer.

Donations should allow health centres to provide free care for two months, when the peak in malaria associated with the seasonal rains usually ends.

They have also left supplies of infant food to prevent outbreaks of malnutrition over this period. In addition, the organisation has established communication mechanisms with the community in order to maintain vigilance for at least the next two months so it can return to intervene if necessary.

According to MSF, this year it has rained less than normal in the region and crops have been limited, which may cause critical conditions in a situation as precarious as that seen in much of the CAR, where many communities lack the resources to overcome the shortage of production from their own crops.

Despite the arrival of the international community in the country in early 2014, coinciding with the peak in intercommunal violence and fighting for power between rival militias, Central Africans are still far from living in peace and almost a million people remain displaced from their homes (half of them refugees in neighbouring countries).

“In Vakaga, we have encountered displaced people found from across the country — Bangui, Bria, Kaga Bandoro, and even refugees arriving from neighbouring Sudan”, said Domenichini.

“Many of the Sudanese families are especially vulnerable because the men often return home to try to recover some of their belongings or earn some money to feed their family,” he said.

MSF has worked in Central African Republic since 1997 and currently has more than 300 international staff and more than 2,000 workers in the Central African country. Since December 2013, MSF has doubled its level of medical care in response to the crisis from 10 to 21 projects while carrying out six interventions for Central African refugees in neighbouring Chad, Cameroon and the Democratic Republic of Congo.

Find out more about MSF's work in Central African Republic.