Libya: The challenge of medical aid 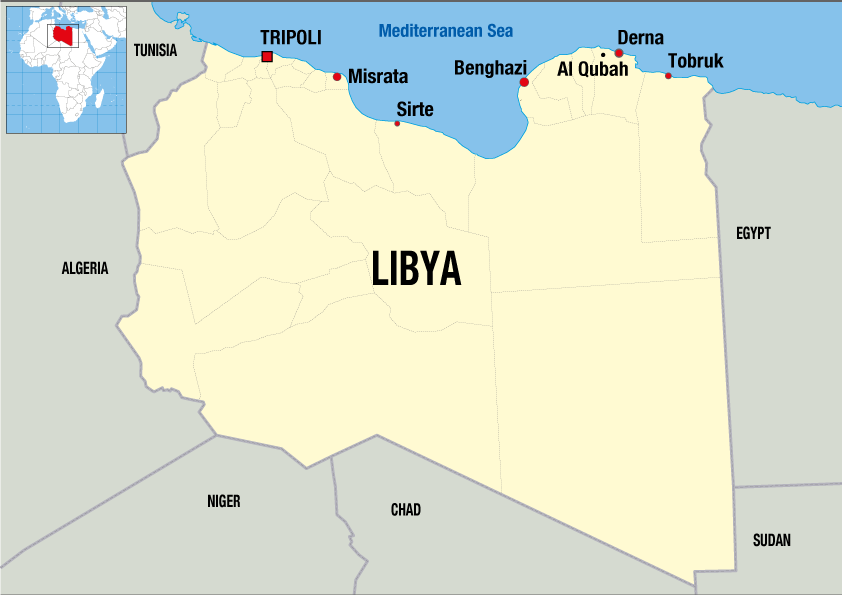 Tensions are rising in eastern Libya and, as a result, medical needs are increasing.  Fighting in the region has now expanded beyond the city of Benghazi, which has been the scene of armed confrontations for more than a year, to Derna, the stronghold of the Islamic State (IS) in the area, where clashes started three weeks ago.

This violence has strained the health care system and triggered population movements, in particular Benghazi.

A Doctors Without Borders (MSF)  team has been based in Al-Bayda, in eastern Libya, for two months. In mid-June, it began providing support to hospitals. Benghazi has seven major hospitals, but only three are still functioning.

MSF provided 100 surgical kits for treating wounded patients to Al-Jalah Hospital, one of those three.  After the fighting, this hospital had treated many of the wounded and its supplies were exhausted. MSF also donated drugs to a psychiatric hospital in Benghazi and to the Al-Marj general hospital, located between Benghazi and Al-Bayda.

“We had a lot of problems delivering all these drugs and medical supplies,” says Dr. Anne-Marie Pegg, MSF’s head of mission in Libya.  “It was a challenge to find an airplane that transports freight to Libya. And then road transport is very dangerous because of the insecurity in both the east and the west.”

More than four years after the fall of Gaddafi, Libya is divided into two camps, each with its own government. One is located in the west, in Tripoli, and the other in the east, in Tobruk.  The country is also crisscrossed by many dividing lines, along which the Islamic State (IS) has risen in power.

Armed confrontations have intensified recently among IS forces around Derna (their stronghold in the east), Islamic factions, and the army of the Tobruk government.

To ensure that wounded patients in the Derna area can obtain treatment, the MSF team has worked to increase hospitalization and emergency treatment capacity at the Al-Qubbah health care center, located between Derna and Al-Bayda and close to the front line.

Fighting in the area has also driven displaced persons to take refuge in Al-Qubbah, whose population has risen from 60,000 to 100,000 people.

Pressures are thus rising on the health care system, which was already weakened by the country’s division.  In the east, hospitals and public clinics rely on the Ministry of Health of the Tobruk government, which was established just a year ago and lacks resources.

MSF has worked in Libya several times, first in 2011 and 2012. In Misrata, our teams treated wounded patients and provided mental health care. They also supported hospitals in Tripoli, Benghazi, and other cities. In 2013, MSF aided people with both physical and mental health care problems related to the conflict, providing medical treatment and psychological support.

Find out more about MSF's work in Libya.

Nowhere to go but the sea

“He just kept running, despite the wound and the bleeding” – A 20-year-old Libyan man tells his story after I removed shrapnel from his torso