Meningitis epidemic on the decline in Niger 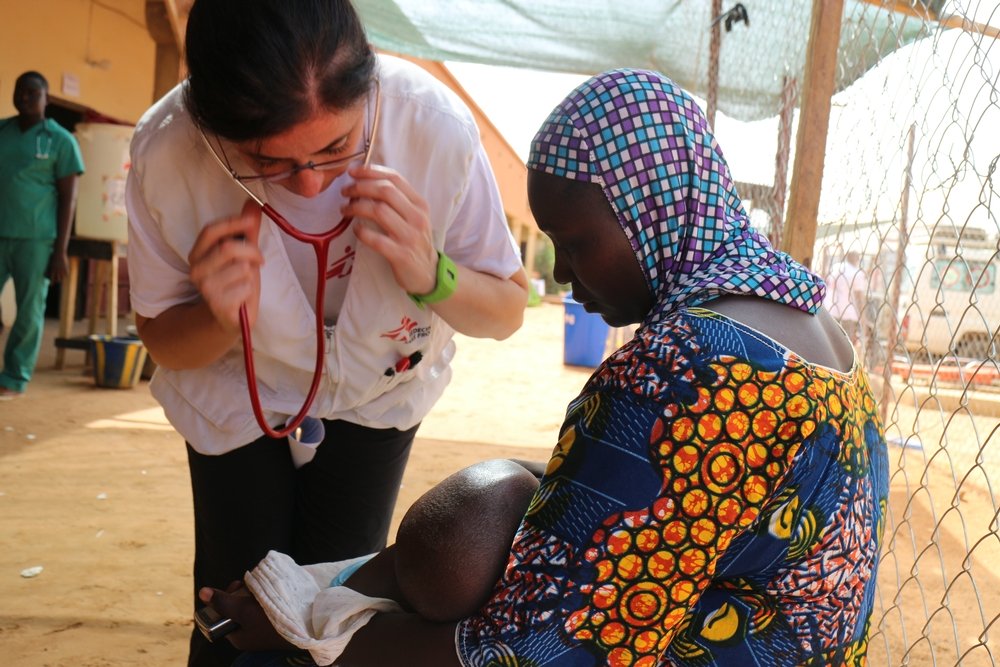 The number of cases in the other regions of Niger has also dropped. But the epidemic is not over yet and vigilance must continue. The Lazaret centre in Niamey, where Doctors Without Borders (MSF) has supported the Ministry of Health in treating more than 4,000 patients, was closed down last week.

"We have been through a very acute epidemic with a very rapid increase and decrease in the number of cases," explained Bernadette Gergonne, MSF epidemiologist. "It is unlikely that the cases will increase again in the country, but we must remain vigilant and continue the epidemiological surveillance," she went on to say.

MSF stressed that it had never faced such a huge epidemic of meningitis C before.

"Now that this new strain of so-called meningitis C is present in Niger, the risk of transmission will persist for the next dry seasons. We must therefore be ready to respond to a new epidemic as of January because the populations are not immunised," said the epidemiologist.

In Niamey, MSF implemented a decentralisation of the healthcare sites, making the treatment of meningitis more accessible. Consultations have been organised in the "integrated health centres" so that sick people no longer have to travel to the Lazaret centre.

Sick people could therefore be diagnosed earlier, receive their antibiotic doses directly in their neighbourhoods and the most serious cases were transferred immediately to the hospitals.

"The strengthening of care in the health centres in the outskirts of Niamey made it possible to improve the early detection of the disease and thus give the first treatment dose as soon as possible," explained Julien Matter, head of mission for MSF in Niger.

The MSF teams also visited public places and houses across the capital to disseminate public health messages. More than 297,880 people nationwide have been made aware of the risks of contamination and the means for disease prevention.

Death may occur within hours following the onset of symptoms, and so the community had to be reminded to go to a health centre as soon as possible.

By 2 June, the authorities had reported 8,327 suspected cases and more than 500 deaths.

"We have worked alongside the Ministry of Health to cope with the influx of sick people, but now it is urgent to ensure that the populations can access a vaccine at an affordable price to avoid such a tragedy reoccurring in the future, " concluded Julien Matter.

Since 23 March 2015, in collaboration with the Ministry of Health, MSF has treated nearly 4,000 patients in the Lazaret centre in Niamey (Niger). MSF has also helped 24 integrated health centres in the outskirts of Niamey to treat simple cases and refer serious cases to the hospital by ambulance.

MSF has visited district hospitals and health centres in many villages in the regions of Dosso, Tillabéri and Tahoua, to examine the patients, train healthcare staff, collect medical data and donate medicines for treating the disease. Additional healthcare centres have been created to cope with the increased needs.
In parallel with the treatment of cases and in collaboration with the authorities, MSF has deployed teams to vaccinate 99,292 persons in the Dosso region, including 61,719 in the health district of Doutchi and 37,573 in Gaya.

Find out more about MSF's work in Niger.

Niger – Working with communities during a pandemic

Niger: 15 years treating malnutrition and malaria around the clock