The independent humanitarian organisation Doctors Without Borders (MSF), has resumed its medical activities in Walikale, four weeks after heavy fighting in the town forced the organisation to stop working.

“We’re glad to be back providing free medical care ”said Colette Kerr, a nurse heading MSF’s team in Walikale, a town in the North Kivu province of the Democratic Republic of Congo (DRC).

Before the suspension, MSF teams were treating over a thousand cases of malaria each week in an emergency programme set up specifically to address an outbreak of the deadly disease.

But last month when the sound of gunfire began, people panicked and left town. 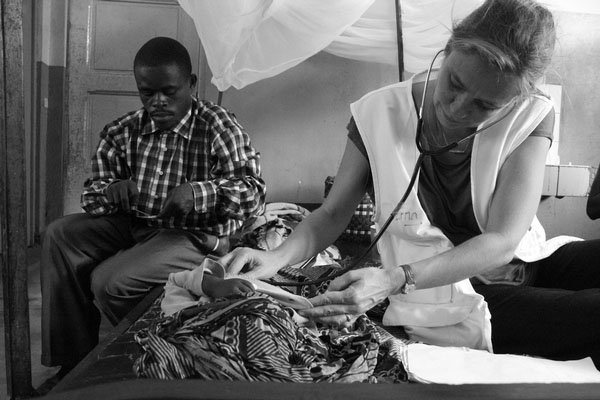 “We had to flee” said a 28-year-old woman MSF is currently treating for malaria. “We took our four children and spent the night in the forest. We slept near a river and there my youngest child was bitten by many mosquitoes.” Her 4 year-old daughter became sick a week later and is currently hospitalised with severe malaria and anemia.

“There are still many other children in the forest who are sick, many with malaria, but they have no way to come here for treatment” said the mother of another child also hospitalised and under MSF’s care.

People in and around Walikale remain severely affected by the ongoing conflict, continually forced to leave their homes in desperate search of safety. Such persistent displacement increases susceptibility to endemic diseases such as malaria.

Find out more about MSF's work in Democratic Republic of Congo (DRC).