JOHANNESBURG - A measles epidemic is sweeping through districts of northern Syria, with up to 7,000 known cases, an indication that humanitarian needs are increasing and the country’s healthcare system is in a state of collapse after more than two years of civil war. Teams from the international medical organisation Doctors Without Borders (MSF) have vaccinated more than 75,000 children in the provinces of Aleppo, Ar-Raqqah and Idlib in an effort to stem the epidemic amongst a population previously unused to outbreaks of this kind. 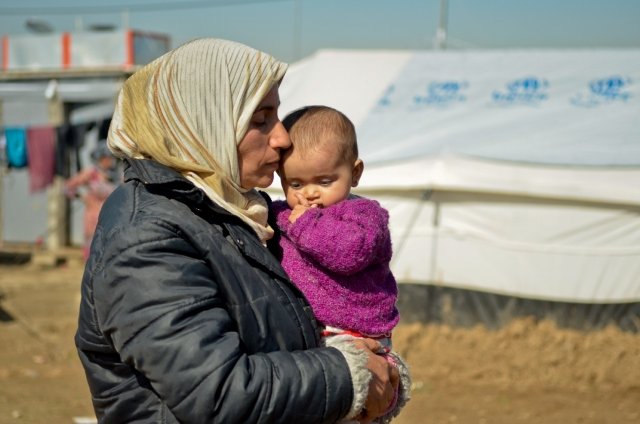 With the onset of violence in 2011, Syria’s routine vaccination programme was disrupted throughout much of the country, leaving thousands of children unprotected. In addition, hundreds of thousands of people have fled their homes for camps for displaced people or overcrowded accommodation where sanitary conditions are poor. While mortality rates in the current outbreak remain relatively low, measles increases children’s vulnerability to other infections, and when basic medical care is unavailable, complications arising from measles can be life-threatening.

“Carrying out a vaccination campaign in a polarised conflict such as this one is proving extremely difficult,” says Teresa Sancristóval, MSF’s emergency desk manager, “but vaccination campaigns and basic healthcare are as much needed as war surgery.”

Apart from the direct victims of the violence in Syria, mortality rates are rising, especially among the most vulnerable, due to the lack of preventive measures such as vaccinations, and the lack of access to basic healthcare. MSF has prioritised reaching these vulnerable groups. “Children, pregnant women and the elderly, as well as people suffering from chronic diseases like asthma and hypertension, have been a priority in our response to the humanitarian crisis in Syria,” says Sancristóval.

The measles epidemic is a sign of the worsening humanitarian situation in northern Syria and the desperate situation in which much of the population is living. While MSF teams have vaccinated more than 15,000 children in the city of Aleppo and more than 22,000 in the rest of Aleppo province, it was a struggle to complete the vaccination campaign, due to widespread violence and the fear that dominates people’s lives. Queues for vaccinations had to be avoided for fear they might attract airstrikes or rocket attacks.

In Ar-Raqqah province, MSF has vaccinated 35,000 children so far in just one of the three districts. The partial coverage is due to security constraints, and leaves thousands of children vulnerable to the disease.

In Idlib province, 164 cases of measles were reported in May, and this figure increased in June. This outbreak comes despite MSF’s mass vaccination campaign in February, when teams immunised 1,900 children under the age of five in an area close to the border where more than 40,000 internally displaced people were living. MSF is planning to perform a second mass vaccination in the camps and surrounding villages for all children under the age of 15. The target group could be anything from 10,000 to 30,000 children, as it is almost impossible to get accurate figures for the shifting population. The new surge in measles in the Idlib area is probably due to the continuous arrival of displaced people fleeing the fighting. A similar situation is unfolding in different parts of northern Syria.

“Wars tend to bring about a drastic reduction in basic medical services precisely when they are most needed,” says Sancristóval.

MSF runs five hospitals in northern Syria in areas controlled by armed opposition groups. The international medical humanitarian organisation negotiates access with all parties, but has yet to receive official authorisation to work in Syria.Since the conflict started, MSF teams in Syria have carried out 46,000 consultations, 2,481 surgical procedures and have attended 854 deliveries.