Cholera in Mozambique: a worrying situation

Cases of cholera have been recorded in Mozambique since last December, but the epidemic has quickly expanded in the month of February, infecting about 3.500 people and killing 37.

In the western Tete province, currently the hotspot of the epidemic, the situation is worrying. Ruggero Giuliani, MSF's medical coordinator in Mozambique, explains. 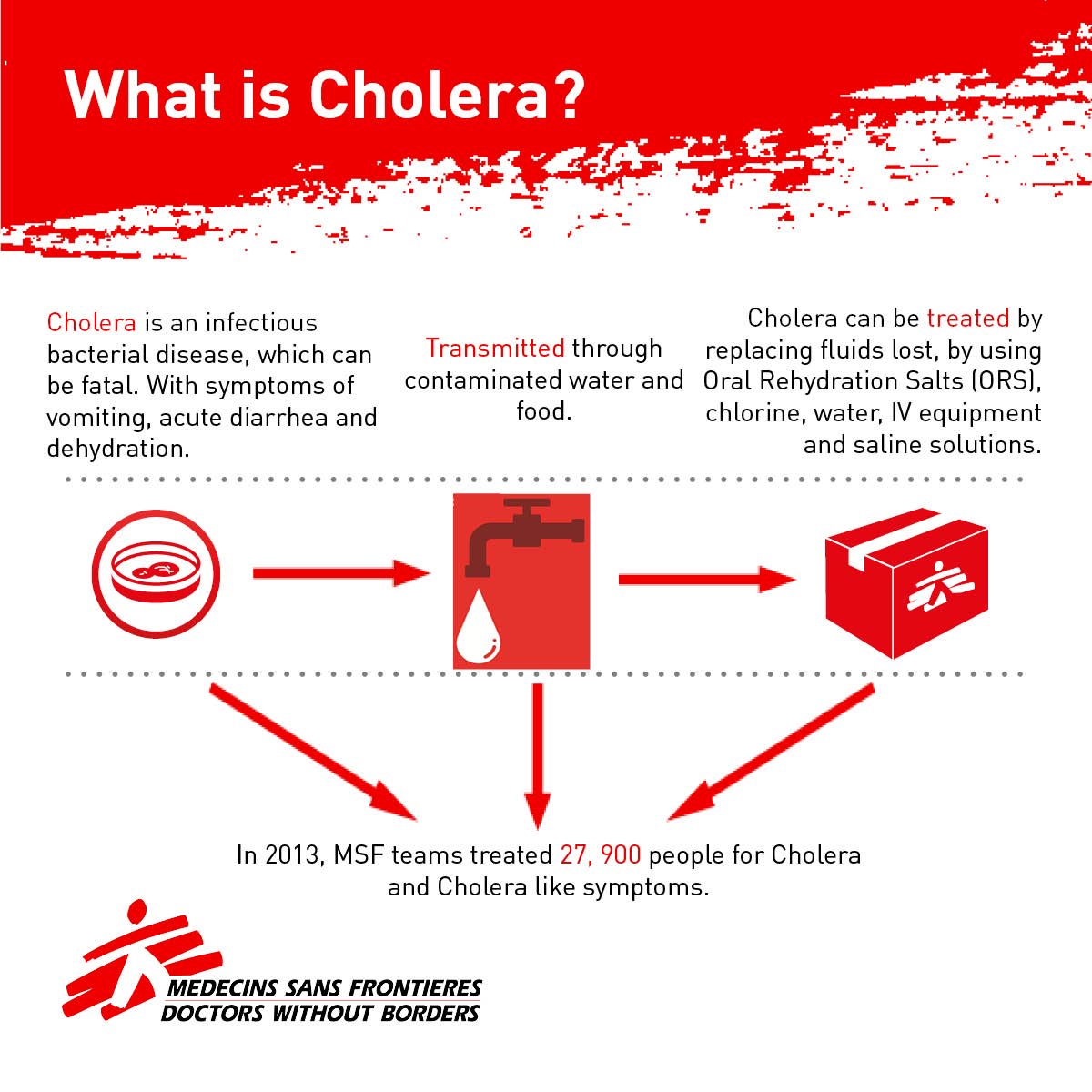 What is the scale of the current cholera epidemic in Mozambique?

One aggravating factor is that Tete, contrary to the other provinces, has not had a cholera outbreak since 2009, which means that a large proportion of the population does not have a built-in resistance to the bacteria and is, therefore, more at risk of getting ill.

Is there a risk of a repeat of the regionwide cholera epidemic of 2008?

Tete is a regional travel hub. People are very mobile, sharing languages and cultures across the borders between Mozambique, Malawi and Zimbabwe, as well as looking for economic opportunities brought by the recent mining boom in and around Tete.

This high mobility increases the risk of the epidemic travelling with people.

Thirty cases have been recorded in Malawi, apparently from workers coming back from Mozambique. Two of those cases were fatal.

However, we are nowhere near the scale of the 2008 outbreak which killed over 4.000 people in the region. Swift, concrete steps must be taken to minimize the risk of spreading, the first being the set up of a well-functioning surveillance system to evaluate where and how the disease is spreading.

How are cholera patients treated?

Most cholera cases can successfully be treated by rehydrating the patient, orally for most cases, and intravenously for severe ones.
MSF has built and co-manages with the Mozambican Ministry of Health, two large cholera treatment centres in Tete (150 beds) and Moatize (45 beds), both currently working at full capacity.

It is also important to decentralize cholera treatment closer to the most affected communities to allow for quicker diagnosis and treatment of mild cases, which is key to reducing the severity of the illness in individual patients.

However, this decentralization of treatment has not yet begun, partly due to the difficulty of finding enough human resources to man the centres, and treatment remains accessible only relatively far from the hotspots.

What is being done as prevention?

Prevention measures are just as important as case treatment, as they have a direct impact on the length and severity of the epidemic.

A cholera outbreak typically lasts between one and three months.

Cholera is spread through contaminated water, which is why the most affected communities are usually also the most vulnerable people, those with poor access to sanitation. With proper sanitation, a cholera outbreak is not very likely.

But in Mozambique, only 84% of the urban population and 37% of the rural population have access to improved water sources.

Currently, in Tete the hotspots are the slums located along the river. But as they have been erected on hard rocky terrain it is very difficult to build latrines, a key step as the bacteria is spread through contaminated faeces.

MSF is supporting the Health Ministry in raising awareness about cholera and ways to prevent it, active case finding in the communities, disinfection with chlorine and bucket chlorination near water points.

Find out more about MSF's work in Mozambique.