The international medical humanitarian organisation Doctors Without Borders (MSF) this year marks the 20th anniversary of founding its ‘Access Campaign,’ which has been working to secure access to affordable medicines, diagnostics and vaccines, including promoting their research and development, for people in MSF’s care and beyond. Marking this milestone provides an opportunity to reflect on what has been learned and accomplished – and what needs to be done going forward – in medical innovation and access for all people in need.

MSF launched the Access Campaign in 1999 against the backdrop of the HIV/AIDS epidemic that was raging in developing countries—while lifesaving HIV drug ‘cocktails’ transformed this deadly disease into a chronic and manageable condition in wealthy countries, they were priced out of reach for everyone else. At the same time, MSF medical staff lacked adequate treatments for neglected diseases such as tuberculosis, malaria and African sleeping sickness, because pharmaceutical corporations did not consider it profitable enough to develop drugs for people who could not afford to pay high prices.

Discover stories from the Access Campaign’s 20-year history, from 1999 until now.

Deciding we could not sit by idly and watch this injustice take the lives of so many people in front of us, MSF started the Access Campaign to overcome the many barriers that prevent people from getting the treatment they need to stay alive and healthy, focusing in particular on bringing down prices and ensuring medicines are available in countries that need them and stimulating research into improved treatment options.

Over the last two decades, MSF and civil-society outrage and demands to put patient lives before patents and corporate profits have resulted in advancements in the affordability and availability of key lifesaving drugs and vaccines: 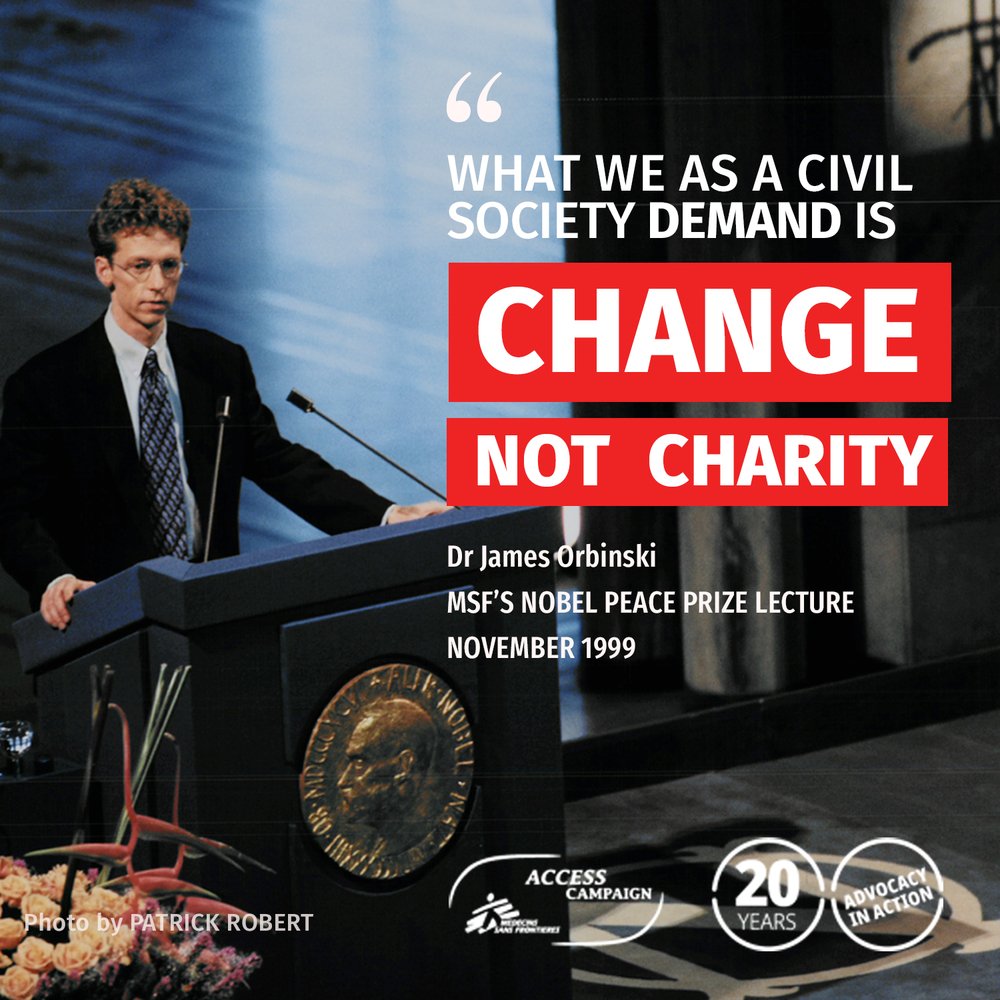 “The medical innovation and access crisis are now becoming increasingly global, with people in developing and developed countries alike experiencing some of the same access challenges we have seen for decades in our work in over 70 countries,” said Dr Els Torreele, Executive Director of MSF’s Access Campaign. “It’s time to acknowledge that the way drugs are developed and sold today is not delivering the treatments people around the world need at prices they can afford. We need to see governments and the research community standing up and proposing bold solutions to a problem that is truly global—simply put, business, as usual, will be deadly.”