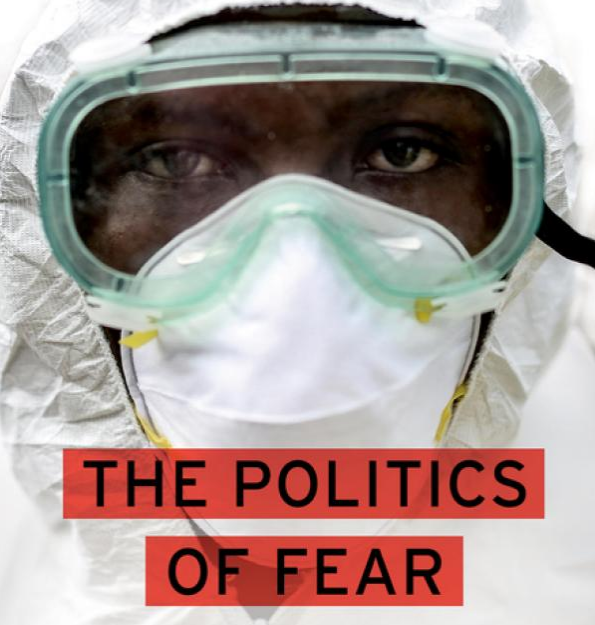 Written by both Doctors Without Borders (MSF) and non-MSF authors, The Politics of Fear collects critical and comprehensive impressions of the West African Ebola epidemic's rapid appearance, uncontrollable spread and the challenges faced by the global health community in its response.

The book highlights how patients and their care were not sufficiently prioritised as security and containment, not solidarity became the biggest prerogative of governments and organisations supporting the response.

While misinformation, panic and isolation featured heavily in the initial Ebola response, it is unclear how the epidemics of tomorrow will be better addressed.

The Politics of Fear provides an intimate account, told through various disciplinary lenses (political science, anthropology, clinical medicine, bioethics and history), of the most devastating health emergencies in recent times. Complex issues such as controlling fear, ethical questions on quarantine, experimental drugs and the tension between quality and quantity of care colour a thorough and thought-provoking account of a dark chapter in history.

Born of MSF's desire to have a more political reading of the epidemic and its own role in it, the organisation's internal documentation was opened to outside scholars to allow for a truly candid critique of the crisis.

The book challenges MSF’s uncharacteristic call for military support and the difficult balance between quality and quantity of care in a situation where patients were dying at treatment centre gates. It also explores the the organisation's commitment to prioritising experimental drug tests available for immediate deployment over those with a longer but higher likelihood of success.

Find out more about the book "The Politics of Fear".