Displaced by Xenophobia in South Africa

The MSF mobile clinic in Isipingo displacement camp provides primary healthcare and coordinates closely with the provincial health department which is supplying people who have chronic conditions such as HIV and TB with the medications they lost while fleeing. Photo: Greg Lomas

A woman and her child stand among the tents at the camp for displaced victims of xenophobic violence in Isipingo, Durban. The camps house more than 5,000 people, including several hundred pregnant women and children. Photo: Greg Lomas

Dozens of men line up to receive food at one of the three camps outside Durban. Hundreds of people must share taps, toilets and communal sleeping quarters. The overcrowded conditions increase the danger of contagious diseases. Photo: Greg Lomas

MSF nurse Sibongiseni Ngobese speaks to a patient during a consultation inside MSF’s mobile clinic at the Isipingo displacement camp. Photo: Greg Lomas

Roger has lived in South Africa since 2001, after fleeing violence in the Democratic Republic of Congo. On March 31, he was attacked by a group of young men wielding machetes and bottles. "They wanted to stab me and I thought I was going to die, but some old ladies shouted at them to leave me alone," says Roger. Photo: Greg Lomas

A group of men from Democratic Republic of Congo, Burundi, and Malawi play soccer on a sports field where the Isipingo displacement camp has been set up. The fields have become a temporary refuge for hundreds of foreign nationals fleeing xenophobic violence in Durban. Photo: Greg Lomas

Fabian, from Mozambique, sits on the stands of the Isipingo sports field. Every day, he visits his friend Vilanculos, who, he says, was attacked with a hammer. "He was in a coma for more than a week, but I can see he is getting better now, he can open one eye," says Fabian. "I don’t trust my neighbors, even though I have been living there for many years." Photo: Greg Lomas 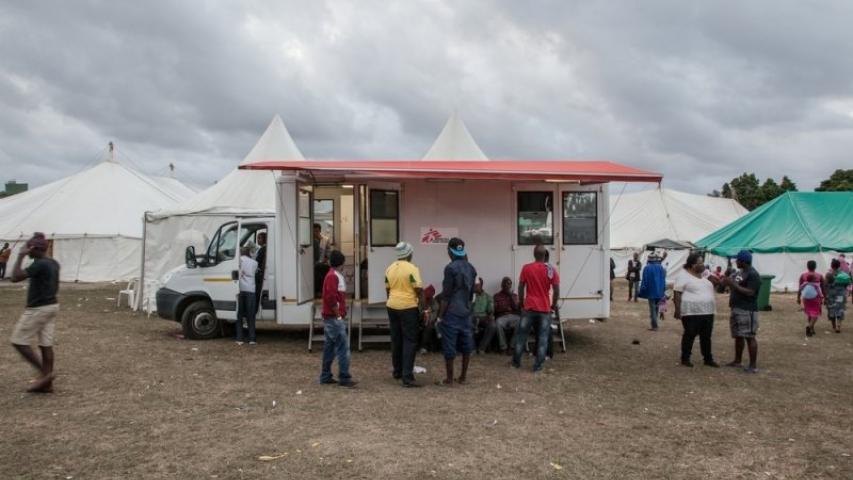 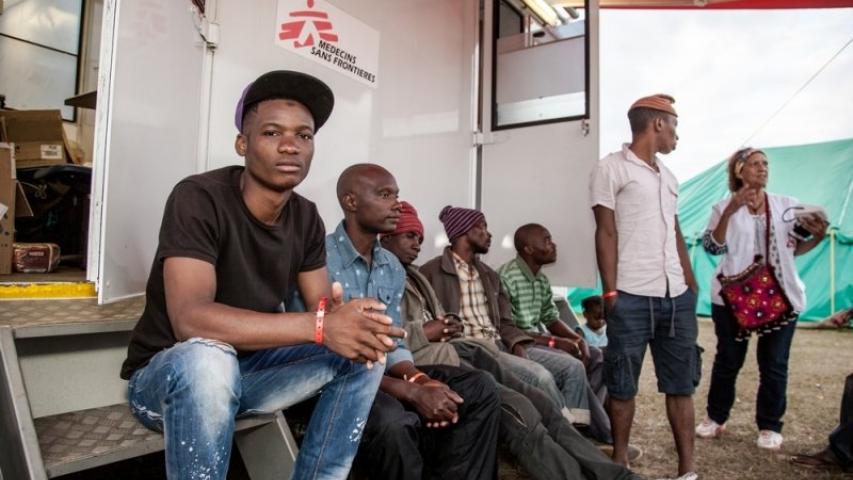 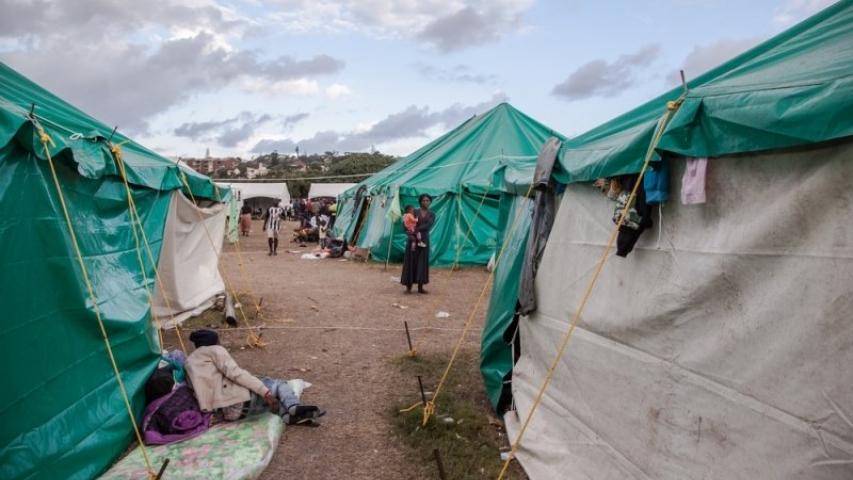 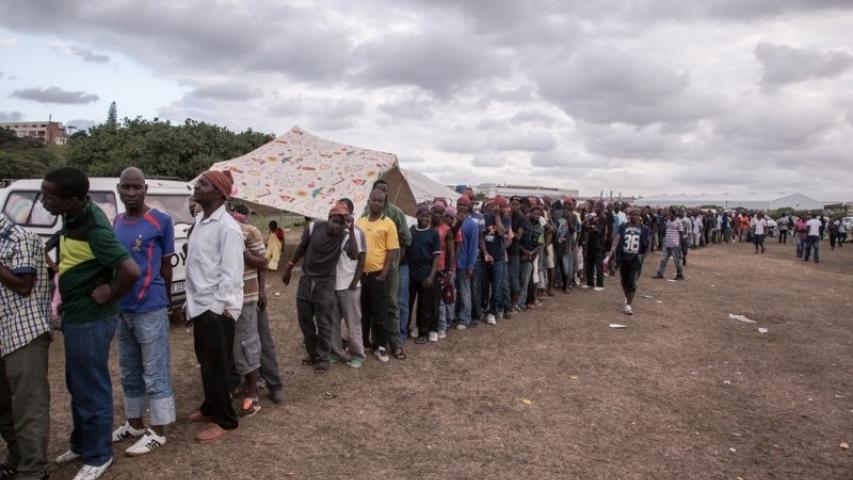 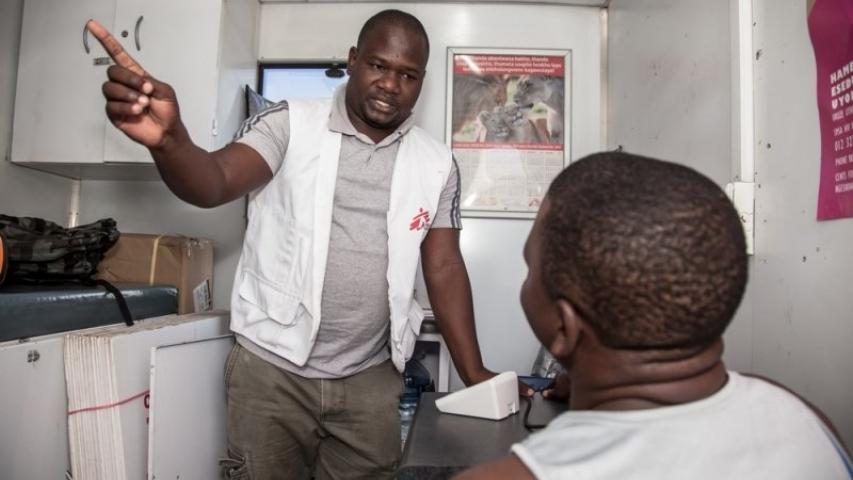 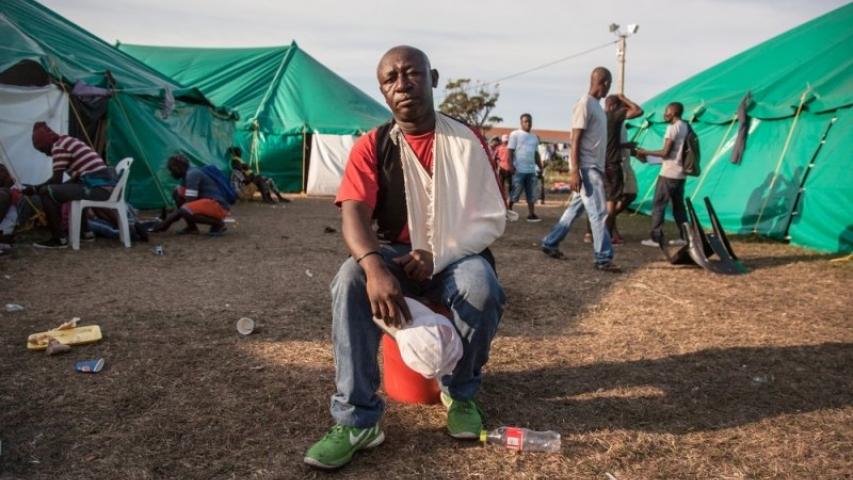 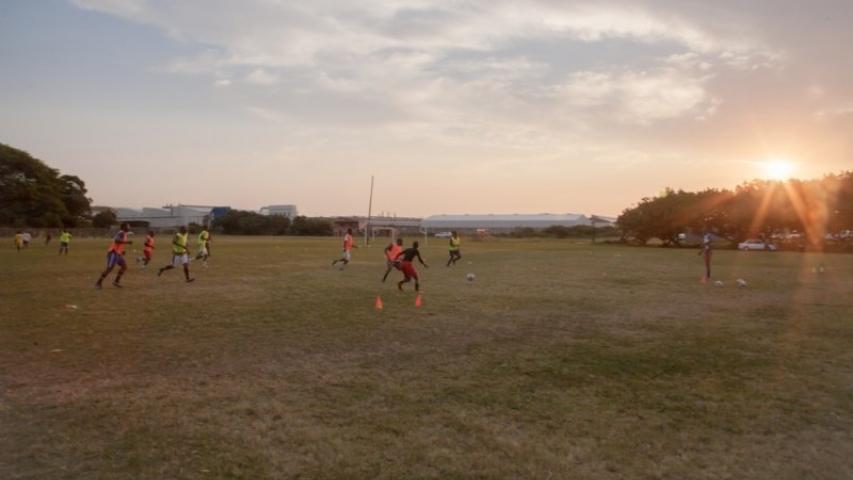 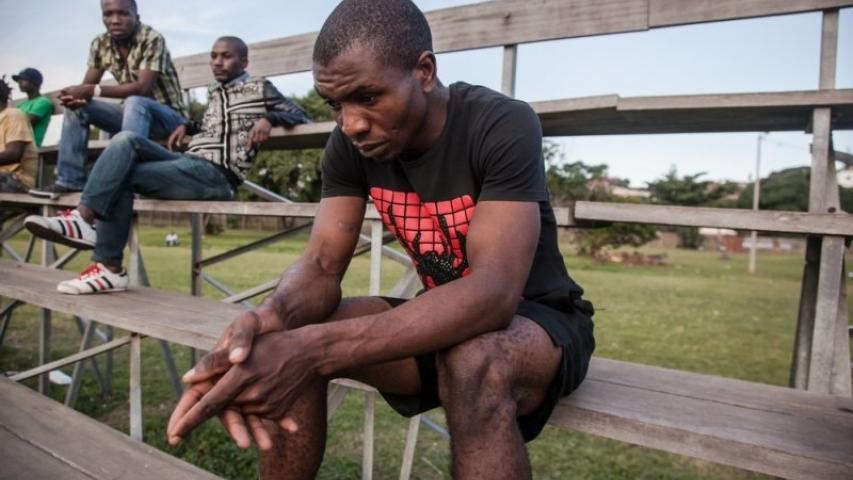 In March and April 2015, a wave of xenophobic violence spread across South Africa’s KwaZulu Natal province, killing seven people and injuring many more.

Around 7,000 foreign nationals—from Burundi, the Democratic Republic of Congo, Malawi, Mozambique, and Zimbabwe—were displaced from their homes, forced to live in displaced persons camps on the outskirts of Durban.

Since the violence began, many have left the camps and returned to their countries of origin.