CAPE TOWN – The US Food and Drug Administration (FDA) recently approved the first new tuberculosis (TB) treatment in 50 years, bedaquiline, to treat multidrug-resistant TB (MDR-TB). The news strengthens efforts to make the drug available in South Africa to patients who have failed all other MDR-TB treatment options.

“There is an urgent need for new drugs like this given the growing epidemic of drug-resistant TB in places like South Africa,” says Dr Eric Goemaere, HIV & TB Advisor for MSF in Southern Africa.“Hopefully, this will be the first of several new therapies for use in combinations that dramatically increase the efficacy of TB treatment and shorten the time people have to undergo treatment.” 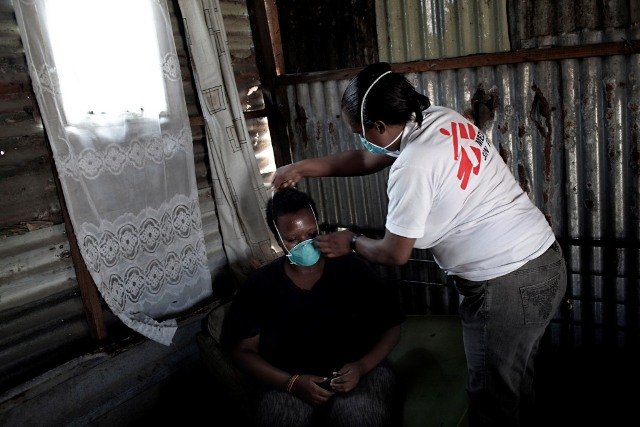 South Africa has one of the world’s highest rates of MDR-TB with at least 13,000 new cases projected for 2013, according to the World Health Organisation. Today’s treatment for MDR-TB involves a two-year course of drugs and painful injections, some of which can cause serious side-effects including hearing loss. Despite the gruelling treatment, patients have a less than 50% chance of cure. New medicines to improve this regimen are desperately needed.

Among the four patients is Dr Dalene von Delft, who contracted MDR-TB after caring for patients infected with strains of drug-resistant TB.

“I was faced with potential life-long deafness from my existing TB treatment, which would have meant an end to my career as a medical doctor, or slow death from TB. When I heard about bedaquiline as a third option, I did everything I could to get it,” says Von Delft, who is now cured of TB.

“As a physician, I knew the possible risks of the new treatment, but compared to the long and toxic alternative, I was very glad to be able to take it,” she adds.“I still have my hearing. I can still practice as a physician.”

The MCC recently authorised a new clinical access programme in which selected patients infected by highly resistant strains of TB who have run out of treatment options will receive the drug under close supervision in four sites in South Africa. The programme aims to provide the drug to those who most need it, while collecting more safety data on the drug.

The MCC has also agreed to do a fast track registration review of bedaquiline, which will shortly be submitted by the drug’s manufacturer Janssen Pharmaceutica. This process could lead to full approval and availability to the drug for those who would most benefit. If Janssen Pharmaceutica is granted fast-track registration, they will continue to study the drug and share new data from clinical trials on an ongoing basis. The US FDA accelerated approval is also contingent on additional safety data being submitted.

“We urgently need to be able to use this drug in a way that we can both gather information about its safety and efficacy while reaching those most in need.” says MSF epidemiologist, Dr Helen Cox.

“Although there are some legitimate questions around the safety of bedaquiline, the FDA – one of the world’s most stringent regulatory authorities – has clearly indicated that the benefits of this drug far outweigh the potential risks,” Cox says.

“It’s vital that we understand that this drug is a life-saver for the many who have run out of options.”

For further info and to arrange interviews, please contact: