Thousands of displaced civilians at risk in Katanga province, Democratic Republic of Congo

As tensions increase between government forces and Mai-Mai militias in the Katanga province of the Democratic Republic of Congo, Doctors Without Borders (MSF) calls on all parties to avoid harming civilians who have fled into the surrounding bush in their thousands. 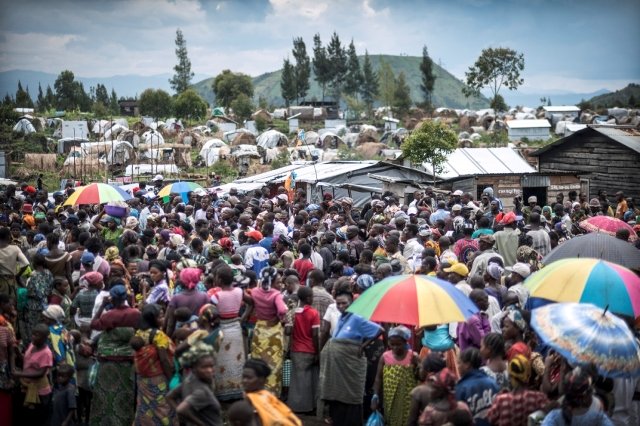 “Civilians risk being caught up in the fighting and mistaken for combatants“ said Christine Slagt, MSF’s Project Coordinator in Shamwana. “Some militia groups are preventing people from leaving the area”.

The medical humanitarian organisation removed non-essential staff from its project in Shamwana (about 300 km from provincial capital Lubumbashi) this week, leaving a skilled core team with surgical capacity able to respond to an expected increase in war-wounded.

The medical consequences of displacement are severe with many patients now unable to return to  health facilities to continue essential medical treatment. The majority of children in MSF nutritional programmes have now defaulted, as have most patients receiving anti-retroviral treatment for HIV/AIDS.  A measles vaccination campaign in September was interrupted when people fled due to fighting in Kiambi leaving thousands of children susceptible to an outbreak of the disease.

To make matters worse, the region is experiencing a peak in malaria due to the rainy season. Since October, MSF has been treating on average nearly 1,000 patients per week for the disease, the bulk being children under 5 years of age.

“We’re particularly concerned about the very vulnerable hiding in the bush who cannot access medical care” said Christine Slagt. “Severe malaria can be fatal in children if left untreated and pregnant women with complications during labour are in a life-threatening predicament”.

The area dubbed the “Triangle of Death” in the past has a violent history. In 2005, violent clashes between Mai-Mai rebels and the military in Katanga resulted in a traumatized population. People witnessed or experienced violence and rape, had family members killed, fled because of fighting and saw their homes and possessions go up in flame. Since then, there has been relative calm in the region but this appears to have ended.

MSF has been running a referral hospital in the town of Shamwana since May 2006 providing people living in the Kiambi, Mitwaba and Kilwa health zones with free healthcare. Medical teams treat malaria, tuberculosis, HIV/AIDS and malnutrition and provide reproductive health services, mental health care and emergency surgery.

For five years consecutively, in Shamwana, skilled MSF surgeons have repaired internal injuries sustained during childbirth in hundreds of women. The current level of displacement has prevented MSF from organising such specialist surgery in recent months.

Find out more about MSF's work in Democratic Republic of Congo

Democratic Republic of Congo: Addressing the double burden of COVID-19 in Kinshasa

200,000 people flee their homes as violence surges in northeast DRC