Ecuador Earthquake: One month on, MSF finishes its activities 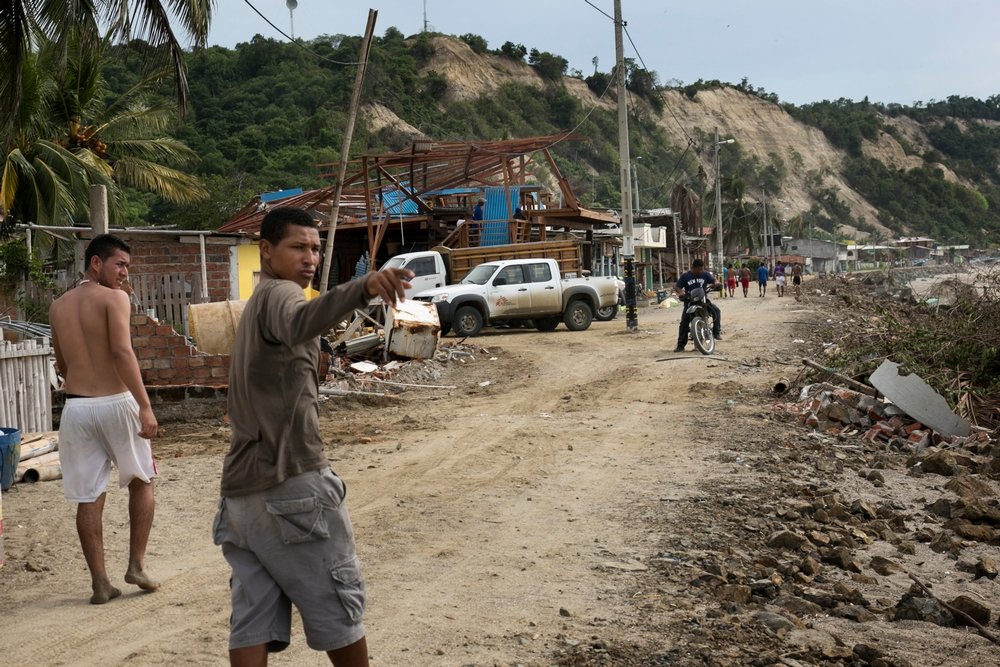 Just before 7pm on Saturday 16 April, the earth began to shake in Ecuador. The 7.8 magnitude earthquake that followed was one of the worst to hit the country in recent decades. According to official figures, more than 660 people died and another 28,700 are living in shelters after their houses were partially or completely destroyed.

Strong aftershocks have continued to hit the country. On May 18 two 6.7 and 6.8 magnitude earthquakes were reported, with epicentres between the cantons of Quinindé, Muisne and Pedernales. Local authorities report that both quakes were strong enough to affect more buildings and leave some communities without electricity.

Four teams from Doctors Without Borders (MSF) travelled to the country after the first major earthquake and spent a month working in the Manabi and Esmeralda provinces, two of the worst affected areas. After an initial assessment, they focused their efforts on providing mental health support and distributing shelter kits, cooking and hygiene items.

Mental health, in an emergency: Caring for the carers

Many of these health professionals were doubly affected by the earthquake; as well as dealing with the consequences of the disaster for themselves and their families, they also have to care for their patients. To support these people, MSF provided training in counselling techniques and developing psychosocial programs within health services.

Our teams trained more than 60 lecturers to run their own sessions that will help members of their community to spot the signs of a more serious mental health problem that requires in-depth treatment.

“The MSF team have made a really valuable contribution to us", said Mariel Garcia who is responsible for mental health in the Manabi and Santo Domingo area. "Health professionals are affected by fatigue and anxiety disorders. The earthquake was devastating for us. We have to be prepared so that we know what to do, where to go, and what our strategy will be, so that we are also in a good mental state. We also need to teach people coping techniques in order to overcome grief and prevent it from developing into an illness.”

The team also trained primary school teachers in group activities that can help children and families to cope following the earthquake. They also ran group counselling sessions in the temporary shelters.

In Jama, located on the coast of Manabí province, an MSF team distributed shelter, cooking and hygiene kits to 500 families. The kits included tents, mattresses, mosquito nets, blankets and cooking sets. In total, more than 2,000 people have benefitted from the support.

“On the day of the earthquake, my house was destroyed, there was nothing left, and my daughter and grandchildren had to seek for refuge,” said Analcibar Ceballos, aged 50, from the city of Jama, located on the coast of the province of Manabi. “By having our own tent, we can now have a little more privacy with our families and it shields us from the sun and rain. My skin was all burnt because we were looking for sticks to make a tent so it could protect us from the sun.”

In the provinces of Manabí and Esmeraldas, the fishing sector has been one of the hardest hit by the earthquake. MSF distributed fishing kits to affected families, “My house collapsed and I now live in a shelter with my wife and four children”, said 31-year-old Ángel Delgado Domínguez, a fisherman. “I make my living through traditional fishing, but right now I am unemployed because I can't sell fish to anyone. I am powerless, and I'm hoping that work returns to normal in a few weeks”.

Read "Ecuador: “I’m so scared to go back home”"