Cape Town – World leaders will meet tomorrow for the first ever UN High-Level Meeting (HLM) on TB. Ahead of the summit, Doctors Without Borders (MSF) in SA calls on the South African Government to continue to provide global leadership on TB issues, by committing to do more to close deadly gaps in TB testing, treatment and prevention.

To date South Africa has ambitiously tackled the TB epidemic with patient-friendly models of TB care, access to the new and repurposed TB medicines, and strategies aiming to improve early case detection as well as treatment outcomes among the most vulnerable populations, notably patients living with HIV.

These efforts stand out against a backdrop of sluggish global progress in combatting TB, which killed an estimated 1.6 million people worldwide in 2017. However, TB remains the number one killer disease in South Africa and significant gaps in the response to TB remain. 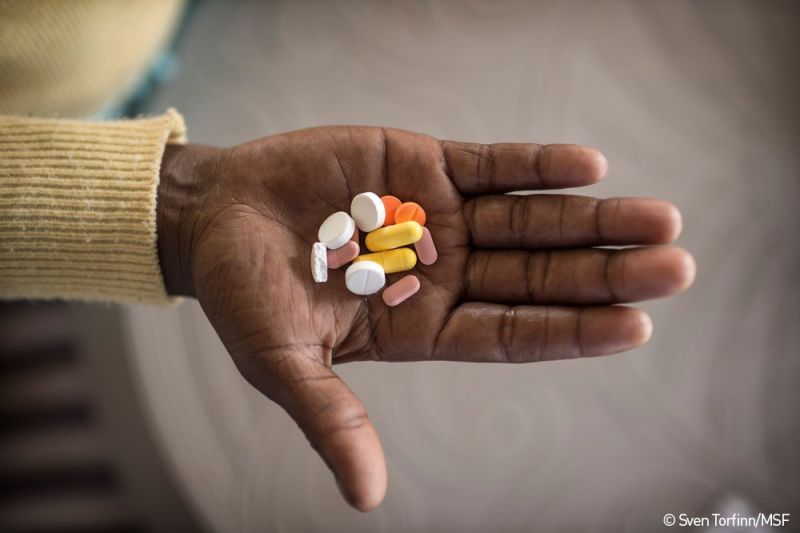 MSF urges the South African delegation to recognize these gaps during the summit, and join other governments in committing to the following actions:

1. Declare ambitious national targets to close the gaps in testing, treatment and prevention, and to reduce TB mortality within five years.

“78’000 people in South Africa died of TB in 2017, and while this is fewer than estimated for the previous year TB treatment coverage remains low at 68%, meaning that up to one-third of all people living with TB are being missed. New case finding strategies are required to ensure that all those with TB are identified and placed on treatment quickly,” said Dr. Amir Shroufi, medical co-ordinator for MSF in South Africa.

Another major barrier to further reductions in TB mortality is the fact that only 61% of people who are infected with both TB and HIV are estimated to be on antiretroviral treatment (ART).

“Two-thirds of TB deaths globally are people also infected with HIV, and the importance of maintaining and increasing ART scale up in an integrated response to both diseases cannot be overemphasized, in terms of reducing TB mortality,” said Dr. Shroufi.

There is an estimated $1.3 billion per year global funding gap for TB. For affordable new treatments, diagnostic tools and vaccines to become a reality, governments have a collective responsibility to support novel collaborative research models that guarantee a better public return on public investment.

South Africa is a member of BRICS – a group of nations additionally comprising Brazil, the Russian Federation, India and China, and while BRICS accounts for 46% of all incident cases of TB, only South Africa meets the international target of investing 0.1% of its R&D funds into TB.

South Africa must push its BRICS partners to increase investment in TB R&D, and should urge the BRICS TB Research Network to announce research proposals that aim to develop as soon as possible the following key tools:

3. Commit to use all available mechanisms to ensure equitable and affordable access to the medicines and medical products needed to fight TB.

South Africa has led the world in providing access to bedaquiline, and shorter treatment regimens for DR-TB, but the government must now take expedient action to facilitate access to critical drugs needed in the fight against TB, including delamanid, clofazimine, and paediatric formulations for children.

“South Africa has done well to improve the DR-TB treatment regimen for adults and adolescents, but new strategies are urgently needed for ensuring that younger children have access to better treatment. This situation would be improved in the very short term by the registration of delamanid, which has proven to be safe in the paediatric population,” said Dr. Justine Fargher, MSF DR-TB doctor in Khayelitsha.

To save lives and alleviate unnecessary suffering, South Africa must join other governments in pledging to scale up use of the tools we have to tackle TB today – and commit to developing and delivering faster, safer and simpler tools for tomorrow.

MSF AND TB: MSF is the largest non-governmental provider of DR-TB treatment worldwide. MSF is involved in research for new, shorter and more effective drug regimens, conducting both clinical trials and observational research in some of its DR-TB treatment projects.

MSF supports access to new and re-purposed drugs for strengthening DR-TB treatment regimens in Khayelitsha, Western Cape (since 2007) and in Eshowe & Mbongolwane, KwaZulu-Natal (since 2017), where MSF also partners with the local department of health on TB detection and active case find strategies.

MSF is also a partner in two multinational drug-resistant TB clinical trials that have research arms in South Africa - TB PRACTECAL in KwaZulu-Natal, near Durban, and endTB in Khayelitsha, Western Cape province. Both are phase III trials, and aim to find a treatment regimen for DR-TB that is drastically shorter, more effective, does not require patients to have painful daily injections that are toxic.