Lay health workers - the glue holding everything together

They are the unsung heroes of the HIV treatment movement. They form the links in the life-saving chain between people and treatment programmes to halt the spread of the virus. Community health workers enable testing, treatment and adherence services to reach deep into communities, even in rural KwaZulu Natal (KZN).

“The lay workers in communities and facilities are the glue holding everything together—improving both quality of care and access,” says Musa Ndlovu, deputy field coordinator for Doctors Without Borders (MSF) in Eshowe/Mbongolwane.

Patient care, he says, works like dominoes – with an entire community involved in testing people where they live and work, and ensuring someone who tests positive is initiated on treatment and supported to stay adherent to lifelong treatment with suppressed virus levels.

In April 2011, international medical humanitarian organisation MSF and the KZN Department of Health (DoH) launched an innovative HIV/TB project called “Bending the Curves” in Eshowe, an urban area and Mbongolwane, a rural setting in the province’s uMlalazi Municipality, uThungulu District.

The area has one of the highest rates of HIV and TB in South Africa with one in four people aged 15 to 59 being HIV positive.

Community healthcare workers are critical to running the project’s HIV prevention and testing initiatives, linking HIV-positive people to medical care and supporting them to adhere to treatment.

Click on the image below to view the Slideshow: Bending the Curves 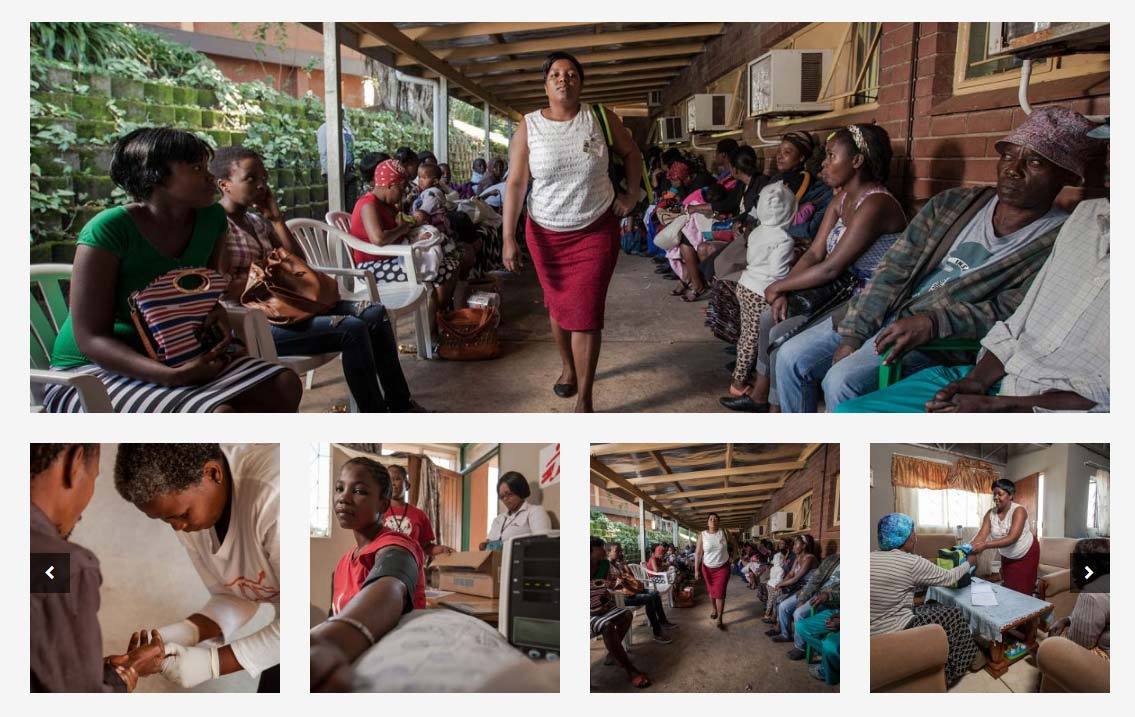 What happens without the glue

MSF runs various community testing approaches including mobile testing units with teams of  counsellors and site mobilisers offering HIV counselling and testing (HCT) and TB screening and mobilisation for MMC among other services in farms, schools, taxi ranks and other areas.

MSF has established three fixed sites in Eshowe and Mbongolwane staffed by lay counsellors and community mobilisers providing the same services as the mobile testing units.

As part of the project, MSF is also rolling out the Community Health Agents Programme (Chaps), which involves 33 lay workers providing door-to-door HCT in rural and peri-urban areas as well as TB and STI screening, referral to health facilities and MMC recruitment among other services.

These community testing strategies piloted by MSF in KZN are particularly effective at reaching first-time testers, including students, young women at risk of HIV, and young men wh­­­o may not attend health facilities. Door-to-door testing by community health workers reaches people of all ages.

To increase adherence to treatment among those who test positive, lay counsellors meet with groups for ART collection and to provide adherence counselling.

While policies and practices for employing lay workers vary widely, their absence from the health system is negative impacting communities. Their power and value in addressing South Africa’s HIV and TB epidemics cannot be overestimated.

Find out more about MSF's work in South-Africa.