Nigeria: What does the future hold for the displaced in Borno State after two years of crisis

The Nigerian government/army is combating rebel group "Islamic State’s West-African Province" formerly known as Boko-Haram in Borno State, the northeast of Nigeria. MSF has been working in the State since August 2014.

Isabelle Mouniaman-Nara, MSF programme manager in Nigeria, has returned from a visit to the State. She provides an update on the situation and explains what the future holds for people displaced for many years by the insecurity (fighting, attacks on towns and villages) and what MSF has been doing to respond to the crisis.

This crisis has been going on for close to two years. What does the future hold for the displaced in Borno State?
“The situation hasn’t changed much. There are still around 1.6 million displaced people in northeast Nigeria, with the vast majority in Maiduguri, the capital of Borno State. While 90% of them live in the community, 100,000 of them are spread among ten or so camps in the town.

There was talk of sending the displaced back to where they come from, but due to the persistent lack of security in those areas, it looks as if that’s no longer on the cards.

The authorities in Borno want to close down several of Maiduguri’s camps and assemble all the displaced in just six locations (all in the capital), possibly to return schools and universities to their original purpose as they’ve been used up until now to accommodate the displaced, and also to better control security and the aid deployed in the camps.

What is MSF doing?
MSF is providing health and epidemiological monitoring in all of Maiduguri’s displaced persons camps, hygiene and sanitation in seven of them and medical care in two.
Our teams are also working in the host community in former Boko-Haram stronghold Maimusari. Maimusari is a deprived district of Maiduguri and its inhabitants, residents and the displaced alike, are extremely vulnerable and their most basic needs are largely unmet.

We have opened a clinic where we give outpatient consultations and deliver maternal health and nutrition services. In addition, MSF runs a health centre in Bolori II district (another former Boko-Haram stronghold), where we also give outpatient consultations and provide maternal health and nutrition services.

We provide assistance (nutrition centre, emergency treatment and paediatrics) to the Infectious Diseases Hospital in Maiduguri and the emergency room in Umaru Shehu hospital. We are planning to set up a surgery programme solely for the displaced. Working in partnership with the teams at the hospital, we will provide surgical treatment – from simple trauma to care for victims of attacks referred to us by, for example, the International Committee of the Red Cross who also work in a Ministry of Health facility (surgery).

We may offer burn trauma care too, because during the ‘cold’ season many people, and more especially children, living in insalubrious conditions are burned in domestic accidents often caused by unsafe makeshift heating appliances. 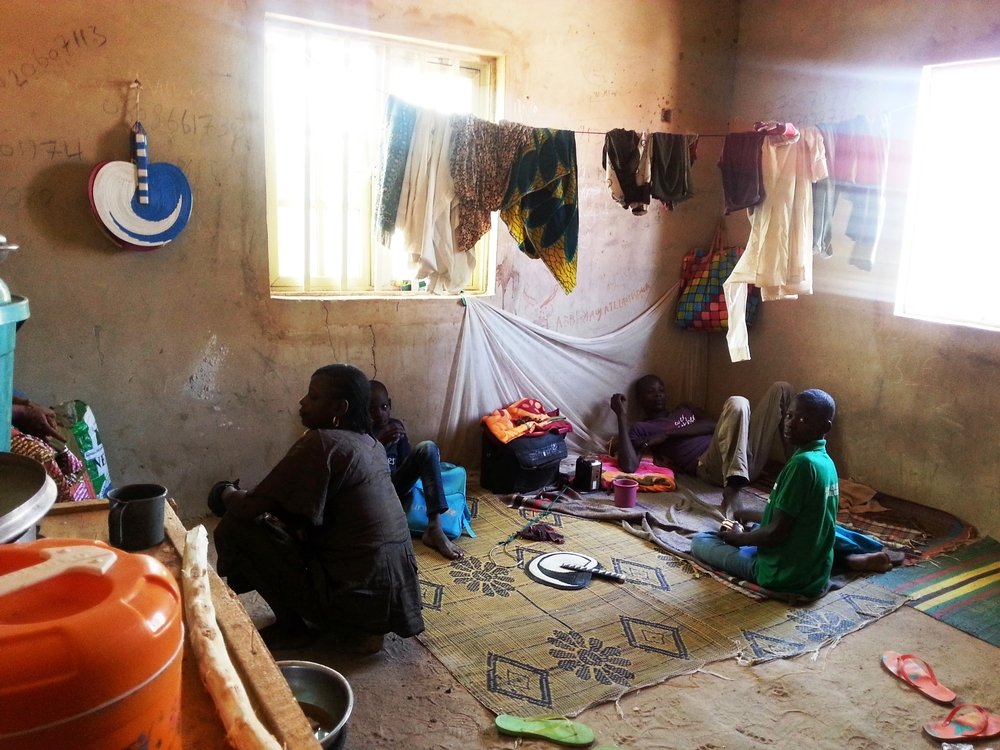 What would we like to do in the coming months?
Once the total number of camps drops to six, we will continue to ensure comprehensive health monitoring as well as medical, hygiene and sanitation activities, but only at two of the sites. It is essential that we stay in the camps because it’s the only effective way to keep track of what is actually happening to the displaced.

We will continue our work in Maimusari and Bolori II and at Umaru Shehu hospital. We will transfer activities currently run at the Infectious Diseases Hospital to the health centre in Maimusari as soon as its refurbishment is completed.

MSF will manage hygiene and sanitation at the sites and facilities where we’ll be working but we would like to hand over at least part of this to other agencies. Our assistance has so far focused exclusively on the town of Maiduguri. Our last attempt to venture further was in February 2015 when we went to Monguno to evaluate a hospital and determine whether we could set up operations. The following day, former Boko-Haram fighters attacked Baga and the whole town fled to Maiduguri. Monguno suffered a similar fate and was also emptied of its inhabitants.

The authorities would like people living in rural areas to move into towns such as Bama, Baga, and Monguno, etc., and stay put while the Nigerian army takes offensive action in the vicinity. Those who don’t manage to get to these urban centres in time will be automatically considered as sympathisers or possibly even members of Boko-Haram.

We’re also concerned because nothing seems to have been done in the towns to prepare for the influx of all these people in terms of healthcare, food, shelters, etc. We need to keep a close eye on the situation. But, northeast Nigeria is still very dangerous, so our priority is ensuring that our teams can get around and do their work in safety.”

Lassa fever: the end of an emergency in 2020