NAIROBI - The international humanitarian medical organisation Doctors Without Borders (MSF) today inaugurates a new clinic in Kibera South. The centre offers comprehensive primary healthcare and maternity services integrated with the management of chronic diseases like HIV, targeting one of the most vulnerable populations in Nairobi. The ceremony will also mark the opening of Urban Survivors, a photo/multimedia exhibition by MSF, highlighting the critical humanitarian situation in slums across the world. 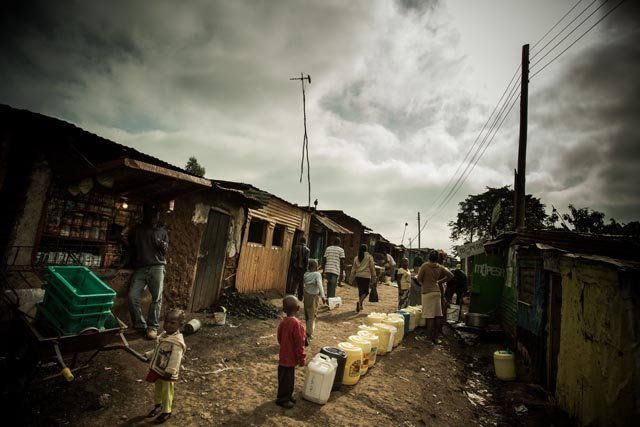 MSF is the only provider of free healthcare in Kibera, and already operates another free health clinic as well as a centre for victims of sexual violence. Poor hygiene and sanitation conditions in the area cause illnesses such as respiratory infections, diarrhoeal diseases and skin diseases, which amount to over 60% of all consultations at MSF’s existing facilities in Kibera.

“The Kibera population has developed remarkable ways of surviving in extreme living conditions, but it’s also essential that these vulnerable people have access to free healthcare services” says Guilhem Molinie, MSF’s Head of Mission in Kenya. “MSF has observed for years, and in several countries, that even very small patient fees dissuade the poorest from seeking essential care, so that’s why all our services are for free. If they weren’t, people would often seek care only at very critical stages, which is dangerous for the patient and more costly to the health system.”

The integration of care for chronic diseases with other services enables patients to seek a one-stop service. Often, patients with chronic diseases such as HIV, hypertension or diabetes suffer from more than one pathology. MSF’s integrated approach facilitates the early diagnosis, treatment and follow-up of associated pathologies.

“Through the widespread introduction of antiretroviral drugs, HIV has been transformed from a death sentence into a manageable chronic disease” says Molinie. “It has turned millions of people into chronic patients in need of life-long medical follow-up, and health services need to be adapted accordingly.”

In addition to offering regular outpatient consultations, the new clinic has a 24-hour maternity ward which includes three labour beds and six post-natal beds. The facility also has an observation room with eight beds, a laboratory for diagnostic testing, and an ambulance service for obstetric and other emergencies. Services such as health education sessions, counseling, and social support are also offered to empower patients to manage their own health. Management of the new clinic will be gradually handed over to the County of Nairobi within a five-year timeframe.

MSF has worked in Kibera since 1998. In 2012, the organisation carried out over 100,000 consultations, helped deliver 2350 babies, and provided anti-retroviral treatment to 4100 HIV patients in Kibera. Over the years, the organisation has pioneered several innovative models of care, such as developing HIV patient support groups to boost adherence and empower patients, integrating TB and HIV care, and facilitating task shifting of doctors’ responsibilities to nurses. MSF has also responded to a large number of emergencies such as fires and post-election violence.

Urban Survivors is a photo/multimedia project in collaboration with the NOOR photo agency, showcasing how MSF has been responding to urban health problems ranging in scope such as providing care to victims of violence in Port-au-Prince, treating malnourished children in Dhaka, or assisting displaced flood victims on the streets of Karachi, to name just a few examples. In many of the slums, MSF is the only organisation that provides healthcare free of charge.

Find out more about MSF's work in Kenya.