We, the undersigned organisations, are writing to you regarding the affordability and availability of delamanid (DLM) in South Africa to patients with Rifampicin-resistant TB (RR-TB).

The national TB epidemic is among the most severe in the world. There were more than 500 new TB cases per 100 000 people and 25 per 100 000 population[1] with multidrug-resistant TB or rifampicin-resistant TB in 2017.[i] As Mylan is aware, the benefits of DLM for people suffering from RR-TB are that: There are limited safe and effective drug options for the management of RR-TB, DLM being one of the two newer drugs developed in the past forty years that is also better tolerated than some older RR-TB medicines. Treatment such as DLM can be a lifeline for people with limited treatment options, including in cases of extensively drug-resistant TB (XDR-TB) and intolerance to standard RR-TB treatment. In addition, DLM can be used from 3 years of age.

Given the historic neglect in developing new TB tools, DLM is one of the few effective RR-TB drugs that can help curb the RR-TB epidemic in South Africa. However, the benefits of DLM will only be realised if it is affordable.  The current price of $1,700 (R24000) for a 6 months treatment course is unreasonably high for the government to procure.

It is estimated that at least 7,700 people with RR-TB in South Africa could benefit every year from the scale-up of DLM nationally[ii]. In the endTB observational study, over one-third of patients receive more than the standard six months of DLM to ensure sufficient effective drugs in their treatment regimen for the entire duration[2]. It is important to note that many patients will require beyond 6 months’ treatment of DLM and therefore likely that over 7,700 courses of treatment will be required annually to adequately address the scale of South Africa’s RR-TB burden. DLM must also be taken in combination with other drugs, thus increasing the price for successful treatment. All told, an estimated cost of over $10.2 million (over R140 million) for DLM. This represents more than one-sixth of South Africa’s 3-year total Global Fund grant for TB control and management (2018-2021).[iii]

Now that the drug has been successfully registered in the country, it is time to secure a fair price that allows for rapid scale-up. The National Department of Health has planned to procure 6,000 treatment courses for the period October 2019-September 2021 at $283 per month.[iv]However, as the University of Liverpool research shows1, Mylan could comfortably sell DLM closer to $5-16 (R70 –R220) a month, which is far lower than the $283 (R4000) a month currently charged to the South African government. While we acknowledge that some concessions by Mylan have already been made during the ongoing negotiations, in the interest of widening access we urge Mylan to go further.

Given that there is no generic treatment currently available, and with the current patent set to expire in 20322, we believe Mylan should lower its price of DLM in order to ensure as many people with RR-TB who need it will have access to this lifesaving drug as quickly as possible.

We, therefore, request urgent reconsideration of the $1,700/six-month course price currently set for demand. Thus further improving access to the drug and allowing the highest number of lives to be saved. 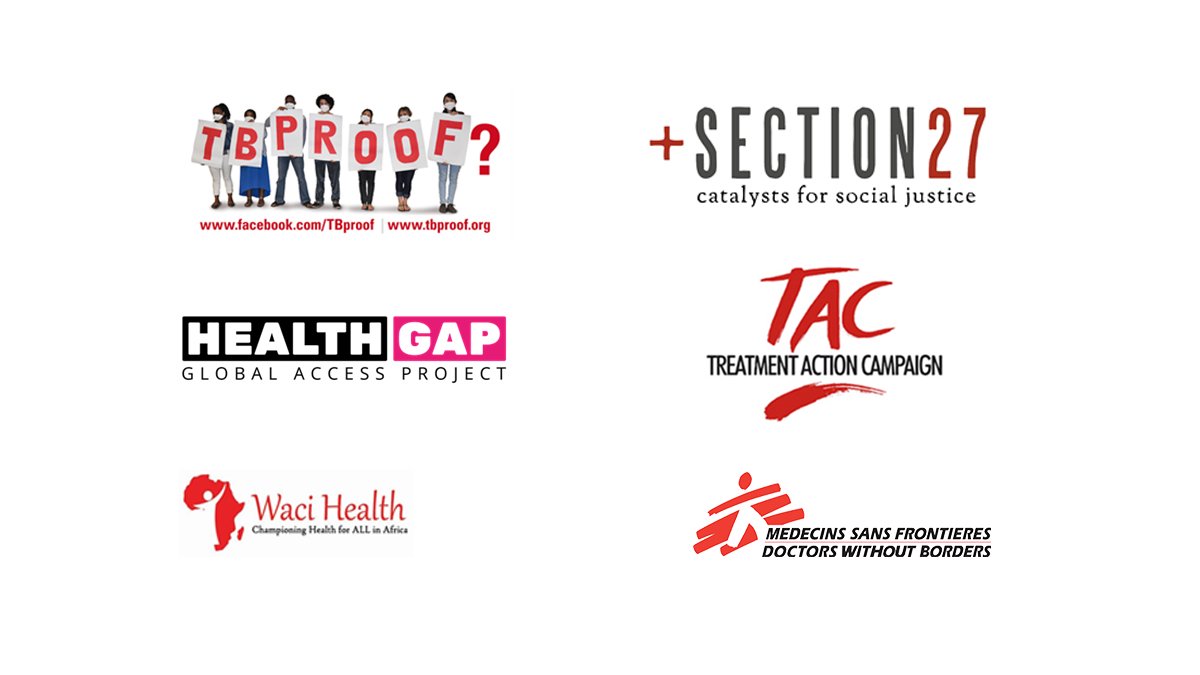